Without The Keyboard It's Not A BlackBerry

Everyone, even RIM, knows that time is running out and that in spite of what today's earnings announcement shows, if it has one last chance, it's with BlackBerry 10. What's really hard is that not only does RIM have to change to survive, it also has to stay the same, and that means keeping what people like about the BlackBerry: the keyboard. RIM won't get out of its hole by trying to out-iPhone Apple.
Larry Seltzer
Contributor
September 27, 2012

When RIM recently showed a new BlackBerry 10 reference design to the media, it was careful to point out that this wasn't a product, but a target for developers to use. Resist the urge, RIM said, to assume that this is what the new BlackBerrys will look like when they arrive early next year:

If you haven't already abandoned your BlackBerry, it's either because your company gives you no alternative or because there's something about it that keeps you from leaving. For many users I know, that thing is the keyboard. 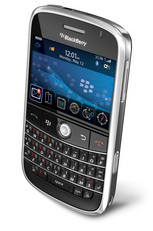 A traditional BlackBerry.
I used a BlackBerry for a while and I still miss the hard keyboard. In the end I decided I'd have to put up with a soft keyboard in order to get software that didn't suck.

The new BlackBerry shown to InformationWeek is what you'd call today a conventional smartphone design: A rectangle with full-length touchscreen. No hard keyboard. But remember: It's just a reference design. It's entirely reasonable that final-generation 10 BlackBerry devices will have hard keyboards. They'd better, because a BlackBerry without a hard keyboard is a smartphone with a non-mainstream OS and little to distinguish it. It doesn't matter how good the interface is--and the demo does show an interface with some appealing features. 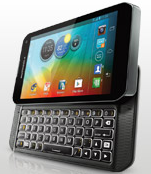 The Motorola Droid.
Other vendors have tried the hard keyboard approach, but the offerings are limited. The Motorola Droid, now up to version 4, has a slide-out keyboard. I owned one of the original Droids and I bought it, in no small part, because of the hard keyboard. I was switching from my BlackBerry and thought it would give me the best of both worlds. I was wrong. The keyboard was inferior and the fact that you had to slide it out just made it inconvenient to use. The keyboard has gotten better with each Droid generation, but it's still inconvenient. My wife has a Samsung Stratosphere and the keyboard is pretty analogous to the Droid's: in other words, it's disappointing.

Without the hard keyboards these smartphones would be completely unremarkable, and the fact that handset manufacturers seem to make no more than one at a time shows that they perceive a limited market for them. Of course, a lot of the demand for them is satisfied by RIM. That's why RIM has to keep making the hard keyboard work in the era of the touchscreen. 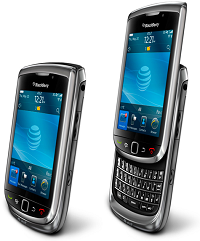 The BlackBerry Torch.
It's not going to be easy. Their previous efforts, like the Torch, have not been runaway best-sellers.

How can they make the big smartphone screen work and maintain the hard keyboard? I think the Torch approach is probably still the best bet; perhaps with better software it would be more successful. I know people who tried and rejected the Torch. It wasn't because of the hardware design; it was the software they couldn't stand anymore.

But they need to do something to maintain that which makes the BlackBerry distinctive and which provides something useful that users can't get from the other handsets. It's a much better bet than trying to out-iPhone Apple.

Below is a video from the Wall Street Journal of the BlackBerry 10 reference design.