As gadget geeks and fashion-focused buyers flock to the latest and greatest smartwatches, we bring you a look at seven of the most expensive options available. 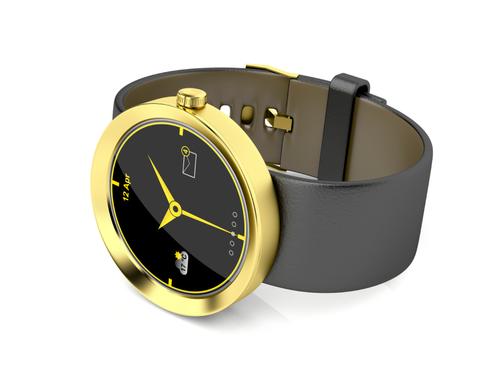 Recent headlines in the smartwatch space have involved cost-cutting -- be it the price of a watch or across an entire company that makes them. But multiple industry reports indicate these devices are here to stay.

And while some consumers are drawn to the technical capabilities of the devices, style plays a big part in the decision to purchase a smartwatch, according to a report earlier this month from IDC.

Specifically, 81% of those polled said they are conscious of how they present themselves, 77% said how they dress is important to them, 66% said their clothing is an expression of self, and 63% said the accessories they choose speak volumes.

That segment of the wearables market is currently being served by some high-end traditional watchmakers, including Breitling, Tag Heuer, and Frederique Constant, as well as traditional tech companies like Apple, whose Apple Watch Edition is currently the most expensive smartwatch on the market.

[Read about the Apple Watch at its one-year anniversary.]

In between the two groups are business partnerships like the one formed between consumer electronics giant Samsung and watchmaker de Grisogono.

The aptly named de Grisogono Gear S2 smartwatch is expected to become available this summer, but doesn't yet carry an official price tag. The device is sculpted in gold and precious jewels, and features Samsung's Gear S2 technology.

While it may not be likely that blinged-out luxury timepieces from the likes of Breitling, Tag Heuer will dominate the market, it's always fun to have a look and see what's going on at the high-end of the market. Here are seven of the most expensive smartwatches out there. Would you buy any of these? Have you? Tell us about it in the comments section below.

Seeking a Competitive Edge vs. Chasing Savings in the Cloud Joao-Pierre S. Ruth, Senior Writer,  7/19/2021
White Papers
How to Plan for Endpoint Security Against Ever-evolving Cyberthreats
Architects Guide to Zero Trust Network Access
360 Analytics for a Resilient SOC
Guide to Enabling a Work from Anywhere Organization
How five organizations are elevating WFH into a long-term strategy