Bluetooth 5: Five Things For IT To Know - InformationWeek

Bluetooth 5 promises improvements in speed, range, and application over the current version. Here are five things you need to know about what has been announced, and what it can mean for your enterprise.

"Everything is better with Bluetooth," according to fictional physicist Dr. Sheldon Cooper on the TV series The Big Bang Theory.

It sometimes seems everything is equipped with one variety or another of this popular wireless networking technology. Now, a new version of Bluetooth is being introduced that promises to make it more important for the Internet of Things (IoT) and more prominent in location-based marketing.

The actual technology won't be rolling out until late 2016, but the announcement June 16 by the Bluetooth Special Interest Group (SIG) gave an intriguing glimpse into the capabilities that Bluetooth 5 will bring. Technical details were scarce in the announcement, and InformationWeek will have an analysis of those details when they're available. Until then, here are five things you need to know about Bluetooth 5 and what it can mean for your enterprise.

According to the June 16 announcement, Bluetooth 5 should offer four times the range of its predecessors. It's hard to say "Bluetooth 5 will work over a range of XX feet" because so many things affect the range of radio communications. 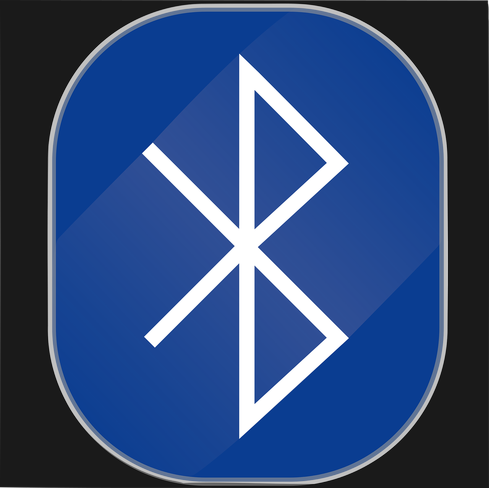 The extended range means that Bluetooth will be able to replace WiFi as a communication technology for many IoT applications. In addition to reduced infrastructure costs (no access points or routers required), Bluetooth tends to be easier on battery life than WiFi. The overall result should be the ability to make small, robust IoT devices for industrial and consumer applications.

Along with additional range, Bluetooth 5 is predicted to feature twice the transmission speed of Bluetooth V4.2. This will have a significant impact on streaming media, and increase capacity for activities such as marketing content, industrial process monitoring, and controlling traffic.

With Bluetooth 5, the Bluetooth SIG indicated an 800% increase in data broadcasting bandwidth for "connectionless" traffic, compared with earlier versions of the standard. This is the technology piece with the most implication for new applications.

A Bluetooth beacon doesn't require the pairing that comes with headsets, speakers, and other Bluetooth accessories. Because the beacon can send information when a Bluetooth-enabled device comes into range, location-enabled marketing, site-specific content, process updates, and other applications become possible.

With all the improvements in range and bandwidth, the Bluetooth SIG said in its June 16 statement that reduced overhead and advances in protocols will allow Bluetooth 5 devices to improve the battery life by a bit. Still, you'll still need to think about batteries when designing IoT projects and mobile device apps.

There are many details about Bluetooth 5 yet to be released, and the standard itself won't realistically begin to have an effect until sometime in 2017. If you've been working on IoT or location marketing applications made impossible or more difficult because of limitations in Bluetooth V4.2, though, it's time to start looking closely at the available specifications and begin planning your new versions, too.

Curtis Franklin Jr. is Senior Analyst at Omdia, focusing on enterprise security management. Curtis has been writing about technologies and products in computing and networking since the early 1980s. He has been on staff and contributed to technology-industry publications ... View Full Bio
We welcome your comments on this topic on our social media channels, or [contact us directly] with questions about the site.
Comment  |
Email This  |
Print  |
RSS
More Insights
Webcasts
Bolstering Your Enterprise Cyber Risk Assessment
Disaster Recovery/Business Continuity in the New Normal
More Webcasts
White Papers
Top Serverless Security Risks and How to Mitigate
Ransomware Security Breach Summary: Food Production
More White Papers
Reports
Cortex XDR Rides the Forrester Wave as a Leader
The State of Cybersecurity Incident Response
More Reports