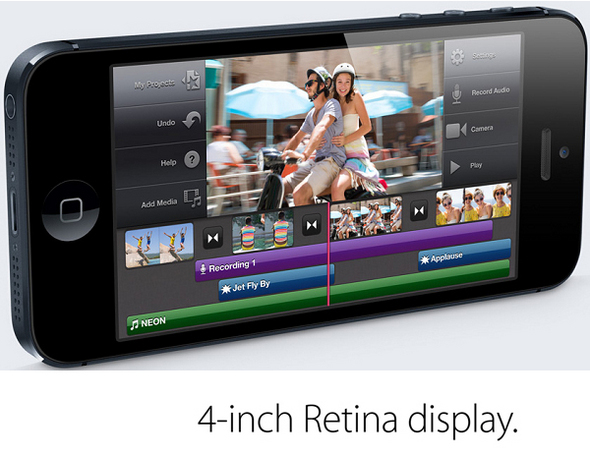 Sure, we had a pretty good idea the iPhone 5 would have a 4-inch display, but the rest of the specs weren't as clear. The new screen is longer but not wider than the iPhone 4S's 3.5-inch screen. The new iPhone's Retina display bumps up the resolution to 1136-by-640 pixels, while retaining the 326-ppi (pixels per inch) ratio of its 960-by-640 predecessor. Apple says it's boosted the iPhone 5's color saturation by 44%, making images and text more vivid. There's now a fifth row of icons on the Home screen. And the new 16:9 aspect ratio means you can watch HD video with the dreaded letterboxing.

iPhone 5 Will Save The World: Analysts