Apple is expected to announce that it sold more iPhones in China than in the US for the first time in history.

Apple will likely announce a shift among its top iPhone markets during its earnings call on Jan. 27. Industry experts claim that iPhone sales have been higher in China than in the US, marking a historical turning point for the tech giant and the smartphone market.

UBS analysts estimate that during the most recent quarter, China seized 36% of iPhone shipments while the US accounted for 24%. It's a significant change from just one year ago, when the US purchased 29% of iPhones and China purchased 22% during the same time period, according to the Financial Times.

China became the dominant force in the smartphone market back in 2011, when shipments reached 23.9 million units, as reported by CNET. Now it boasts almost 520 million smartphone users. The playing field for smartphone vendors has been rocky in recent months, as Samsung profits have fallen and inexpensive competitor Xiaomi has gained market share. 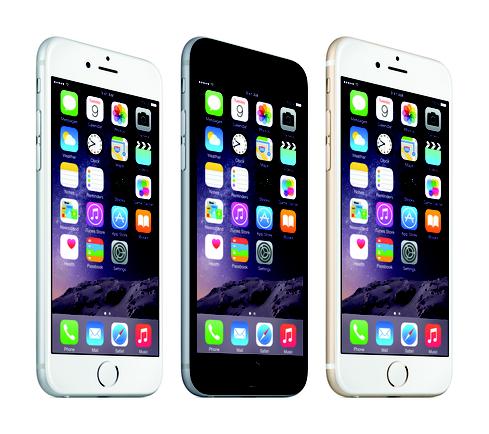 China's iPhone sales escalated last year when Apple struck a deal with China Mobile, its largest network operator, which provided the opportunity to reach more than 800 million subscribers. Growth continued to expand after China's October release of the iPhone 6. Apple's Tim Cook predicted in 2013 that China would eventually surpass the US as the largest iPhone market. Now, it seems his prediction is becoming reality.

Ben Bajarin, analyst at Creative Strategies, estimates that China's iPhone sales exceeded those in the US by about 2 million during the most recent quarter. He spoke to even greater potential for iPhone growth in coming months, with customer loyalty fueled by the China launch of Apple's new watch.

"It's already been a good year, building up to the climax of this quarter," Bajarin said in an interview with the Financial Times. "It leads to a lot more optimism for China … Their potential headroom in China is higher than it is here [in the US]."

[Flashback: The first transcontinental phone call was 100 years ago.]

Despite its great potential, Apple is likely to face challenges as it seeks to capture more of the market. Obstacles will come in the form of new competition and conflict with the Chinese government. Before the latest iPhone was released in China, it was subject to a regulatory review process that took almost a month to complete.

While China may be the largest market for Apple, it should be noted that Apple is not the largest smartphone vendor in China. Low-cost products, most of which run Android software, continue to dominate the Chinese market.

Kelly Sheridan is the Staff Editor at Dark Reading, where she focuses on cybersecurity news and analysis. She is a business technology journalist who previously reported for InformationWeek, where she covered Microsoft, and Insurance & Technology, where she covered financial ... View Full Bio
We welcome your comments on this topic on our social media channels, or [contact us directly] with questions about the site.
Comment  |
Email This  |
Print  |
RSS
More Insights
Webcasts
Protecting Your Enterprise's Intellectual Property
How Elite Analyst Teams are Transforming Security with Cyber Reconnaissance
More Webcasts
White Papers
Passwordless: The Future of Authentication
Transforming the Corporate WAN: Enterprise Network Insights
More White Papers
Reports
2021 Top Enterprise IT Trends
DNS Network Traffic Volumes During the 2020 Pandemic
More Reports

I think there are already iPhone copy cats in China and I think even that hasn't affected sales that much. China taking over US is surprising for many but I read about a tweet of Reuters' Chrissy Farr which says that Apple didnot sell more phones in China than in US.
Reply  |  Post Message  |  Messages List  |  Start a Board

@Pedro- Yup. Although in the time since I posted that I had lunch. And I'm feeling a little more generous. I guess the truth is that SOMEONE has to try to be a real success in China. If no one ever tries it just means they give up on a couple billion people. So with a little food in my belly I get it more. I guess Apple decided this during a lunch meeting. :)
Reply  |  Post Message  |  Messages List  |  Start a Board

Apple success in China may not be sound as good in the long term.  As you pointed out david.  In the next year, Iphone copycats will flood the Chinese market, making the Iphone success a failure.
Reply  |  Post Message  |  Messages List  |  Start a Board

Maybe I'm cynical, but I wonder how long it will be before phones that look curiously like the iPhone begin to outsell it in China 10 to 1. And i wonder how long after that until Apple sells it phone line to a Chinese company.
Reply  |  Post Message  |  Messages List  |  Start a Board

Apple has reportedly given the Chinese government access to its source code to check for backdoors...that may help with regulatory hurdles in China, but I wonder about the long-term value of such compliance.
Reply  |  Post Message  |  Messages List  |  Start a Board
Editors' Choice
Hot Topics