The Nest cofounder and former CEO plans to advise Alphabet and Larry Page, while Nest looks to improve revenue.

On Friday, Nest CEO Tony Fadell said he decided it was time to "leave the Nest" after five years at the helm of the company he cofounded and then sold to Google for $3.2 billion in 2014.

"Although this news may feel sudden to some, this transition has been in progress since late last year and while I won't be present day to day at Nest, I'll remain involved in my new capacity as an advisor to Alphabet and Larry Page," said Fadell in a post on the company blog.

The news may feel sudden, but it's not surprising given the company's litany of troubles: a public feud with Greg Duffy, CEO of Dropcam, before Nest bought the company; a recall of its first-generation smoke detector; employee attrition; disappointing financial results; and lack of new products.

One of the major criticisms of Fadell has been his forceful management style, which has been likened to that of Steve Jobs, who led Apple while Fadell oversaw the development of the iPod.

Jobs, for resurrecting Apple and overseeing the creation of the iPhone, among other feats, more or less walked on water as far as the public and press were concerned, despite an awareness of his challenging personality. Leaders who drive financial success tend to be immunized from criticism in business, sports, and others industries. 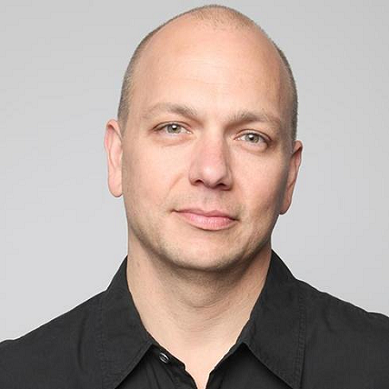 Fadell hasn't performed miracles of similar magnitude and thus faces more scrutiny over the dissatisfaction during his tenure. In a Bloomberg interview on Friday, reporter Ashlee Vance addressed the issue directly: "The internet says you might be a tyrant. Are you a tyrant?"

Fadell's response is unapologetic before it segues into a denial: "You can't make an omelet without breaking eggs. That style may not be for everyone. But, you know, there are people that worked with me years ago at General Magic, and they have their kids working for me now. If it was true, it would get around like crazy. The Valley's a small place."

Indeed, Fadell, as an advisor to Alphabet and Larry Page, won't be going very far. He said in his blog post he plans "to pursue new opportunities to create and disrupt other industries …"

Nest's new leader is Marwan Fawaz, who previously worked as EVP at Motorola Mobility. For the past two years, Fawaz served as the chair of the technical advisory board of home security company ADT.

As it happens, Nest has reportedly been working on a wireless hub for home security called Flintstone. The home security business is appealing because it incorporates the proven subscription revenue model. Subscription revenue presumably would stabilize revenue for Nest, because it's difficult to sell thermostats and smoke detectors to the same customers year after year like smartphones.

Nest began moving in that direction with its Dropcam acquisition (storing Nest Cam video requires a monthly fee, and the company doesn't provide any NAS storage option). Fadell describes Nest as "a hardware + software + services ecosystem" but that's an aspirational description. From a revenue perspective, it's still mainly a hardware company.

Fawaz's challenge will be to make software and services pay off for Nest while increasing its hardware portfolio. If that doesn't work out, Alphabet may look to leave the Nest too.

Thomas Claburn has been writing about business and technology since 1996, for publications such as New Architect, PC Computing, InformationWeek, Salon, Wired, and Ziff Davis Smart Business. Before that, he worked in film and television, having earned a not particularly useful ... View Full Bio
We welcome your comments on this topic on our social media channels, or [contact us directly] with questions about the site.
Comment  |
Email This  |
Print  |
RSS
More Insights
Webcasts
Unifying Your Endpoint Security Strategy
Monitoring Critical Cloud Workloads
More Webcasts
White Papers
Ransomware, the Exploding Cyber Threat
Case Study: Leading Financial Institutions
More White Papers
Reports
2021 Digital Transformation Report
Are We Cyber-Resilient? The Key Question Every Organization Must Answer
More Reports