The majority of new hardware revealed CES in Las Vegas this week came not from market leaders, but from rising vendors from China.

Android smartphones are on the brink of becoming commoditized, if they aren't already. The sheer volume of low-cost handsets that debuted during CES 2016 is staggering. The big players were quiet and allowed upstart rivals to take center stage -- and that's exactly what they did.

Samsung, LG, and other name-brand makers prefer to hold separate events sprinkled throughout the year to announce their most important products. This trend has been unfolding over the last few years. February's Mobile World Congress trade show remains a consistent venue for the latest and greatest in smartphones, but CES has become a show for the up-and-comers to make a big splash. This was plainly evident on the ground in Las Vegas.

Alcatel OneTouch, for example, unveiled several inexpensive Android handsets in its Pixi series for foreign markets. Each has a different screen size, but the same basic specs. Price points for the four phones will fall under the $150 mark -- or $500 less than the Samsung Galaxy S6. (Alcatel also announced its first Windows 10 handset, the Fierce XL. This phone has a huge screen, a solid camera, and a decent battery -- all at the incredible price point of $129. T-Mobile plans to sell the phone later this month as a cheap alternative to Microsoft's Lumia 950 and 950 XL.) 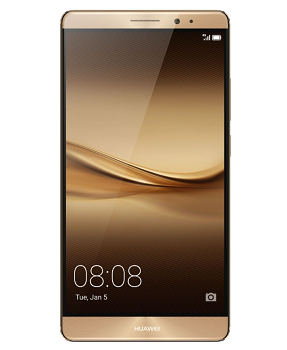 Blu also showed off several phones, including the Vivo 5 and Vivo XL. Both handsets have 5.5-inch screens, 13-megapixel cameras, octa-core MediaTek processors, and Type-C connectors. They'll sell for $199 and $149, respectively.

[Read iPhone Vs. Android: Apple's Success Only Goes So Far.]

Each of these companies is a dedicated phonemaker, and expected to release new phones. Did you expect to see a smartphone from Polaroid or RCA this year? Well, it happened. Both Polaroid and RCA announced new, inexpensive Android phones bound for the US.

Polaroid and RCA did not make their phones. Instead, no-name ODMs designed and manufactured the devices and licensed the Polaroid and RCA brand names to give them some visibility with US consumers. These phones will all cost less than $200.

At this point it should be clear that Android smartphones are a dime a dozen. People will always lust over high-end flagship handsets that offer premium designs and materials, but the availability of inexpensive Android handsets cannot be overstated.

These phones will populate Target, Walmart, Best Buy, and even your local grocery store with prices so attractive, you won't think twice of tossing them into your shopping cart.

Pretty neat phones, at a great price. I'd love to own one of them this year. Both the ZTE Grand X 3 and the Huawei Honor 5X are my choices. I'm inclining to the X 3. For $130 it seems like a bargain
Reply  |  Post Message  |  Messages List  |  Start a Board

This development was inevitable, and I agree this trend mirror that of the PC industry. Yet I think cheap smartphones are really going to open up access to the web and the digital world to a whole new subset of customers. That's great for a world where many people accessing apps for the first time may be able to get services that they need in a way never possible before.
Reply  |  Post Message  |  Messages List  |  Start a Board

Smart phones are just going the way of PC's. Once any product is well defined, accepted and in wide use, it becomes a commodity. There are still improvents and innovations, but they come much more slowly. That's why Apple stock is now trading below $100. Who needs to spend $700 with them when you can do just about as much with an $125 Android cheapie?
Reply  |  Post Message  |  Messages List  |  Start a Board
Editors' Choice
Hot Topics