How do you predict the popularity of a one-time event? A look at different ways to forecast road traffic along the path of the eclipse.

Late in July, I decided I must see the solar eclipse in the path of totality. This meant driving from Raleigh to somewhere in South Carolina. I had waited too late to make reservations, so the best plan was to stay overnight in Myrtle Beach and then drive an hour away to a spot outside of Georgetown, South Carolina.

If you have never been to South Carolina in the summer, it is hot and humid. The temperature was 84 but the humidity made it feel more like 108 degrees. We didn't want to sit outside any longer than necessary but we also wanted to witness the entire event from the partial eclipse to the total eclipse. Thank goodness for fans powered by battery packs! Sadly, a dark cloud passed over the sun right as the event occurred. Bummer. 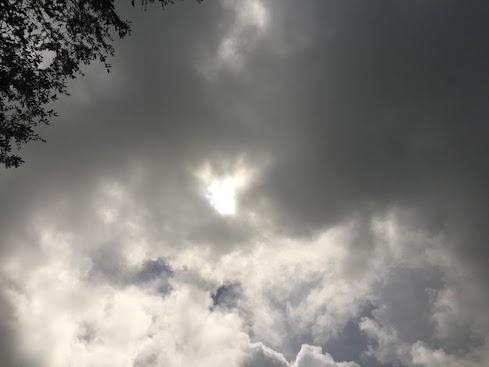 We were not sure how much time to plan to get to the site. We had an easy time driving to the site -- Google Maps estimated it would take 15 to 30 minutes longer than usual and that was accurate. The drive back to the hotel was quite different, it took two extra hours. Ouch.

I had read several articles that South Carolina was expecting as many as two million visitors but they were not clear how many more. This confused me. In the past 6 weeks, I had been working on a predictive analytics webinar based on some work Zencos had done with our customer, Jumpstart Automotive Group. With a little data, our data science team had improved an operational forecast by a whooping 20%!

Single Events Are Difficult to Predict

After reading the articles I asked the team why can't they predict how many visitors will arrive? Their answer was along the lines of how difficult it was to predict a singular event. The team suggested using events like Fourth of July to understand how much of a traffic surge might occur. You need more data to understand patterns. Plus, when you add factors like human behavior, it is more complicated. Consider the last presidential election for example. People can be difficult to predict. They might say they won't come and then they do. How do you predict that?

What Do We Know?

Lacking any formal statistical training, I'm less burdened with education and thus more open to ideas on this topic. One of my favorite books for applying analytics is How to Measure Anything: Finding the Value of Intangible in Business. The author, Douglas Hubbard, asserts that many things that do not seem to be measureable actually are. One of the first lessons is not to think about what you don't know, but think about what you do know.

It's true, we don't know how many people will travel to South Carolina for the event. Plus, it's tourist season in South Carolina so many people are here simply to enjoy the ocean before the fall starts. So journey with me in this thought experiment. What do we know that we could use to assist with predicting the traffic? Here are some of my ideas: