Two major announcements by Pivotal Tuesday signal a continuing shift toward open source products for big data, and for enterprise software in general. The first was that Pivotal will create what it is calling the "world's first open source big data product suite," by releasing its Pivotal HD, Pivotal HAWQ, Greenplum Database, and Gemfire products all as open source projects.

The second is that Pivotal will join Hortonworks, GE, IBM, Verizon, SAS, Infosys, and others in the creation of an Open Data Platform initiative designed to improve the Hadoop ecosystem. Combined, this news serves as a wakeup call to CIOs who may still be wary of open source software.

The fact that Pivotal would make such a big move with a product that drew over $100 million in subscriptions last year shows the company's belief that the enterprise software market is changing. Big companies "saw success in the first generation of open source and adopting it now is more comfortable," Sundeep Madra, VP of Pivotal's data product group, said in an interview with InformationWeek. "Many CIOs used to say 'open source over my dead body,' and now there are a lot of dead bodies on Wall Street."

Pivotal execs say the move is all about community and responsiveness. Rather than waiting for vendors to get around to adding wanted features, open source code lets customers participate in the creation of the features they most want. "It is part of a continuum on a customer journey," Madra said. "Customers have been working with us for a long time. This is what differentiates us."

Of course, this isn't an isolated incident, as these kinds of open source software contributions are a major trend. Pivotal execs say that this move is inspired by the success they had with open source Cloud Foundry. Even Microsoft recently open-sourced the .Net core. And big data has always relied on major open source products including Hadoop, MapReduce, MongoDB, and many others.

One major driver of this shift to open source is the growing demand to manage massive quantities of data, and analyze that data in real-time, especially for Internet of Things initiatives. One major obstacle to delivering on the promise of the IoT has been a lack of data standards and the fact that many enterprises struggle to go from storing big data to acting on it in real-time. That's where the Open Data Platform initiative comes into play, since it's designed to rationalize a fragmented Hadoop community. The problem with Hadoop, according to Madra, is that many enterprises have to run multiple copies of Hadoop in-house. The initiative hopes to focus on a core of Hadoop offerings to eliminate fragmentation. 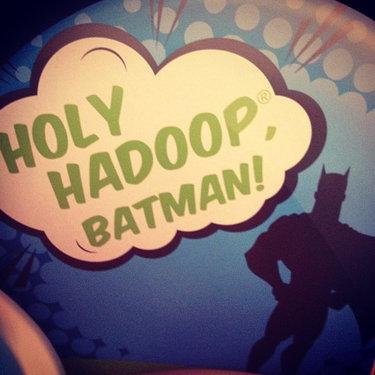 Madra compared Hadoop's situation today with Linux and Unix. Linux's common core gave it an advantage over Unix, which had many different flavors and commercial versions. Linux's common core offered a single open source alternative. The initiative is hoping to avoid the many flavors of Unix problem and stick with a common core version of Hadoop.

As Ben Fathi, Chief Technology Officer of VMware says in the press release announcing the Open Data Platform initiative, "The Open Source movement is fundamentally changing the way that software is being developed in the industry today. Common frameworks and standards such as Open Data Platform will help solidify Open Source as a proven option for enterprises."

The strong community of open source developers in big data, both those in the Pivotal community and the larger Hadoop community, organizing to tackle some of big data's biggest challenges should be welcome news to even the most open source-averse CIO.

David has been writing on business and technology for over 10 years and was most recently Managing Editor at Enterpriseefficiency.com. Before that he was an Assistant Editor at MIT Sloan Management Review, where he covered a wide range of business topics including IT, ... View Full Bio
We welcome your comments on this topic on our social media channels, or [contact us directly] with questions about the site.
Comment  |
Email This  |
Print  |
RSS
More Insights
Webcasts
Securing and Monitoring Networks in the 'New Normal'
ROI and Beyond for the Cloud
More Webcasts
White Papers
A Technical Deep Dive on Software Exploits
2020 Gartner Market Guide for Network Detection & Response
More White Papers
Reports
Special Report: Edge Computing: An IT Platform for the New Enterprise
Building an Effective Cybersecurity Incident Response Team
More Reports

Open Source seems to have become the trendy buzzwords of 2015 along with Hadoop, IoT and any product with the word "smart" in front of it.
Reply  |  Post Message  |  Messages List  |  Start a Board

"Everyone is trying to take the technology towards its own direction and pushing features that help their products than the community? Of course vendors have no interest in community serving and would like to sell their products, if that be the case how these alliances help."

TechYogJosh, at the end everything is business.  Why peoples trying to embrace open source; would you think it's for the benefit of community. As an open source supporter I can say 'NO'; it's purely for cost effectiveness. Our company have a policy of promoting and open source and building products for common man for free.
Reply  |  Post Message  |  Messages List  |  Start a Board

"You're right on support though I think some of that has to do with some enterprises not being happy with their folks reaching out to the developer community for fear of secrets leaking out. In many ways the open source developer community is better support than many traditional support setups if you're willing to do a little socializing."

David, you are right. The basic concepts of open source are using the source code free and give back to the community for a larger benefit. But many companies are building products over open source codes/products wrap with their own GUI or interface and selling it.
Reply  |  Post Message  |  Messages List  |  Start a Board

@techyogjosh- I think you can go through these alliances one at a time and find good and bad ones. Obviously when any of these are formed there are some business reasons. But defragmenting Hadoop is a good thing, even if there are "bad" reasons behind doing it.
Reply  |  Post Message  |  Messages List  |  Start a Board

Don't you think most vendor-driven so called "open alliances" actually further interests of the vendors than the community? We are seeing something similar with OpenStack as well where too many cooks are spoiling the broth. Everyone is trying to take the technology towards its own direction and pushing features that help their products than the community? Of course vendors have no interest in community serving and would like to sell their products, if that be the case how these alliances help. As of last count even within IoT there were more than 5 data standards. If we have too many standards, do they remain standard at all? OpenStack challenges in developing a coherent product needs to be an eye opener for such alliances and they need to be cautious in the way they develop the product roadmap.
Reply  |  Post Message  |  Messages List  |  Start a Board

@Gigi3- You're right on support though I think some of that has to do with some enterprises not being happy with their folks reaching out to the developer community for fear of secrets leaking out. In many ways the open source developer community is better support than many traditional support setups if you're willing to do a little socializing.
Reply  |  Post Message  |  Messages List  |  Start a Board

@Charlie- Yes, it pays to have a buddy in this space, I think. And when you add in the initiative for defragmenting Hadoop they have lots of new friends.
Reply  |  Post Message  |  Messages List  |  Start a Board

""The Open Source movement is fundamentally changing the way that software is being developed in the industry today. Common frameworks and standards such as Open Data Platform will help solidify Open Source as a proven option for enterprises.""

David, this is very right. Enterprise segment is very keen on using and promoting open source software. The only issue with open source is support as and when it requires.
Reply  |  Post Message  |  Messages List  |  Start a Board

As you say, David, the value of open source code in the form of Linux, Apache, etc. is pretty well established among CIOs, CTOs. I think Pivotal had its hands full trying to compete with the Hadoop market leaders. Instead of proceeding on its own, it's now teamed with one of those leaders, Hortonworks, which includes the Yahoo brain trust that took early Hadoop and produced consistently good revisions.
Reply  |  Post Message  |  Messages List  |  Start a Board
Editors' Choice
Hot Topics