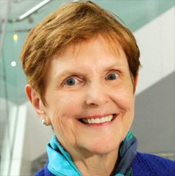 Be alert to the opportunity to show what central IT can bring to the table.

Thirty years ago I got in a heated argument with the head of the computer center at a college, where I was director of assessment.

I was convinced that there were new technologies emerging that could help me be more effective and efficient. I wanted the college to implement a new type of database -- a relational database management system (RDBMS) -- and provide staff with desktop computers. The computer center's view was that I should sit down and shut up; they were the experts, and I knew nothing. I decided to work for a master's degree in computer science and show them. I did my master's thesis in the new field of RDBMS and left the college to head up a computer center in a small college. I then moved on to bigger and more complex schools, with the last 16 years as CIO at George Mason University.

Two ironies: first, managing and paying for the university's RDBMS became one of my biggest financial worries, and, second, I often found myself fighting mobile computing with some of the same passion as the computer center director had fought the idea of desktop computers. Fighting a new technology almost always results in driving it underground, away from the benefits that the central organization could bring to the project.

[ Want to put students to work? Read How To Close Gaps In Campus Apps. ]

Like many higher education CIOs, I became very dependent on the goodwill and approval of the broad mass of faculty and staff, and thus less willing to steal resources from existing technologies and services in order to invest in "not yet ready for prime time" new ideas. As a result, I ignored the faculty's first ventures into Web development, server management and cloud sourcing. As these ventures grew in size and scope, so did the security risks, unreliability and cost.

I regret that I did not reach out much earlier to the faculty and staff who were first investing resources in these new ideas. If I had partnered with them early on, I likely could have moved much faster on developing central resources that met their needs. Certainly, I would have been able to use what I learned from working with them to ensure my staff knew as much about these new technologies as did the innovators outside central IT.

When I talk to higher education CIOs about the "big data" craze, I sense the same reluctance to get involved in an emerging concept that could siphon off resources from the maintenance of current systems and might turn out to be a passing fad (a fad like "all courses will be taught via computer games").

Yet there are many signs that big data, especially when accompanied by sophisticated predictive analytics, is not a fad, but rather a transformative technology environment that is as needed in higher education as in the corporate world.

At Mason, I partnered with the research office to host a meeting for faculty involved in big data. We expected the computer scientists, computational scientists and statisticians. We were not too surprised when the economists, social scientists and public policy faculty also showed up. We were very surprised by the journalism faculty, the history faculty and the plethora of librarians. We ran out of seats and people had to stand in the back. You can see a video of the meeting, in which faculty describe their big data teaching, research and business partnerships as well as their IT challenges.

Mason's new strategic plan calls for significant increases in enrollment and graduation rates. We have raised these numbers quite a bit in recent years by doing everything we know how to do. The executive leadership is convinced that the next steps will require sophisticated data collection and predictive analytics. Arizona State University is a leader in using predictive analytics to increase graduation rates and Mason will be learning from them.

State universities are under increasing pressure to reduce the cost of operations. Central IT is a target of opportunity. Many of us have virtualized servers and automated processes; we've outsourced the learning management system and email; we've formed buying consortia and embraced the cloud. The next step is to learn from Google, Amazon and Twitter how to reduce the cost of IT operations. Replacing your costly RDBMS with a big data version may be the next big cost efficiency your board expects.

State universities thrive when they are part of the economic engine that drives their region. Workforce preparation is key. It is becoming clear that knowing how to make use of big data is a competitive advantage in the job world.

To help Mason's academic units get their new big data courses and degrees up and running, central IT implemented Hadoop and installed the R software in the Virtual Computing Lab. Central IT is not just supporting graduate programs and research faculty but also selected faculty who are introducing big data tools in their general education courses.

I often hear CIOs complain "departments just do their own thing and don't think to involve us; they're out of control." Well, here's your chance to change that culture. Big data is an opportunity to demonstrate the value your IT team can bring to a technology paradigm shift that will transform how colleges and universities operate and what they teach. You need to be at the table, but you'll have to earn that seat.

I look forward to your comments and also to you sharing what your school and IT department are doing to support big data initiatives. I'm also interested in knowing how you resolved the conundrum of not having the resources to jump on every technology idea proposed at your school but still not wanting to be left out of the "next big thing."

It's also worth noting that I often put "big data" in quotes because there is as yet no accepted definition. Some define it in terms of the 4 V's (volume, velocity, variety and veracity), while others consider analytics as the differentiator.

If you have a preferred definition, let us know.

To be effective, business technology pros gather information and interact with peers in a variety of ways. InformationWeek and its parent company, UBM Tech, are looking to discover what information you want and how you like to receive it, as well as your feelings on interactive communities, online content and live events. The results will help our editors develop products and services that best meet your needs. Take this survey and tell us how you like your tech content. Digital, live, opinionated? Tell us and enter to win a 32-GB Google Nexus 7 tablet.

We welcome your comments on this topic on our social media channels, or [contact us directly] with questions about the site.
Comment  |
Email This  |
Print  |
RSS
More Insights
Webcasts
Zero Trust for a Work-From Home World
Nip Ransomware in the FUD: Detecting Attacks Pre-Encryption
More Webcasts
White Papers
Why Add Security to Your Skill Set and How to Do It
MontanaPBS Shifts to Agile Broadcasting with Help from Raritan KVM Solutions
More White Papers
Reports
The Infoblox Q4 2020 Cyberthreat Intelligence Report
Intelligent Outcomes Are Key to Business Resilience
More Reports