50%
Tweet
IRS teleconferencing service noted as example of how IT has improved services to the public in spite of budget constraints.

The Internal Revenue Service has had its share of public scrutiny over the past year, first with accusations that IRS agents had unfairly targeted political advocacy groups for audits, and more recently, over concerns that a new IRS online tool that lets users view and print copies of past tax returns could become a target for identity thieves.

So IRS Commissioner John Koskinen was understandably relieved this past week to receive a bit of good news that a video technology service the IRS introduced had received top honors from ACT-IAC, a public-private partnership in the government IT community.

The award recognized the IRS's Virtual Service Delivery program, which allows a taxpayer to interact in real-time through video teleconference technology with an IRS employee.

In an age when consumers can dial up video chat applications on their smartphones, the new service might hardly seem like a breakthrough. But giving taxpayers who need to meet face-to-face with the IRS the ability to resolve their issues electronically marks a significant turning point for the IRS. The agency, which processes 234 million tax returns and and collects $2.4 trillion annually for the federal government, has struggled with how to balance those needs against the cost of providing staff in many cities.

[What takes off like a helicopter but flies twice as fast? Read DARPA Next-Gen Aircraft: Sneak Peek.]

The teleconference service began operation in October 2011 but has gradually expanded. Taxpayers can now get personalized help with account inquiries, adjustments, multilingual assistance (more than 150 languages translated), anwers to tax issues, tax law assistances, and other information, according to the agency's information website.

The service helps the IRS as much as taxpayers. It allows the IRS to interact with individuals and business representatives on tax matters in cities with no IRS staff and to supplement service in understaffed and high-traffic locations, according to IRS staffers. Commissioner Kostinen and his IT team, in accepting an award for the program last week, noted that ''92% of taxpayers were happy with the service and would use it again,'' according to their early internal research. 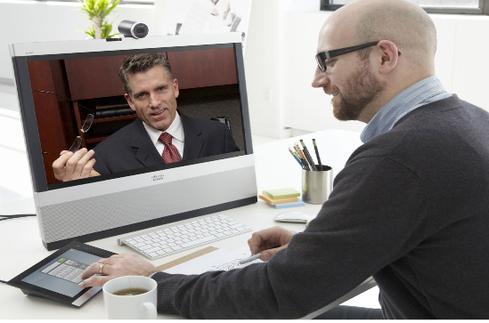 The IRS was one of more than two dozen government agency finalists and seven winners announced at ACT-IAC's 14th annual Excellence.Gov Awards, which were announced March 24. Kimberly Hancher, CIO of the federal government's Equal Employment Opportunity Commission and co-chair of the awards program, speaking on behalf of the program's 40 judges, said the agency programs and the IT initiatives that supported them this year ''defined new levels of government service and benchmarks for operational efficiency.''

The Overall Excellence Award went to a team at the National Institute of Neurological Disorders and Stroke (NINDS), whose work led to the development of diagnostic and progression biomarkers that helped advance the medical research community's efforts in addressing Parkinson's disease.

In addition to the award given to the IRS, awards also went to:

These five higher-education CIOs are driving critical changes in an industry ripe for digital disruption. Also in the Chiefs Of The Year issue of InformationWeek: Stop bragging about your agile processes and make them better. (Free registration required.)

Wyatt Kash is a former Editor of InformationWeek Government, and currently VP for Content Strategy at ScoopMedia. He has covered government IT and technology trends since 2004, as Editor-in-Chief of Government Computer News and Defense Systems (owned by The Washington Post ... View Full Bio
We welcome your comments on this topic on our social media channels, or [contact us directly] with questions about the site.
Comment  |
Email This  |
Print  |
RSS
More Insights
Webcasts
Chatbots for the Enterprise
5 Steps to Integrate SAST into the DevSecOps Pipeline
More Webcasts
White Papers
Cybersecurity Research: 2019 AWS Cloud Security Report
Securing Real-Time Communications for Dummies Book
More White Papers
Reports
State of Cybersecurity Incident Response
2019 Threat Hunting Report
More Reports