50%
Tweet
An update of the Lifeline program would reorient its goals in the broadband era and establish independent verification of eligibility.

The US Federal Communication Commission (FCC) has long been working to bring Web access to underprivileged communities, and now the organization has announced plans to modernize Lifeline, a program that "provides a discount on monthly telephone service for eligible low-income subscribers." Lifeline was first implemented in 1985 under President Ronald Reagan.

The plan reorients the program for the broadband era and sets minimum service standards for voice and broadband, and improves Lifeline's management and design by streamlining program rules and eliminating outdated or unnecessary regulations to reduce administrative burdens and make it easier for broadband providers to participate.

The plan also includes the establishment of a National Eligibility Verifier as a check against waste, fraud, and abuse. 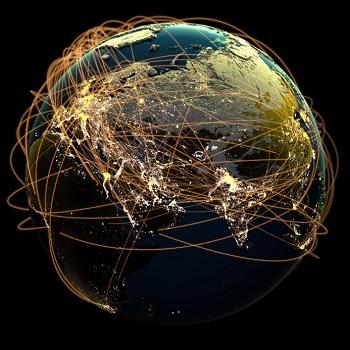 The independent third party would establish a system of eligibility verification, lifting a burden and curtailing fraud. It would use existing programs such as Medicaid and the Supplemental Nutrition Assistance Program (SNAP) to determine eligibility.

"The independent verifier has the added benefits of increased subscriber portability, which means more consumer choice," FCC Chairman Tom Wheeler wrote in a blog post. "The result is a more dignified process for enrollment that better protects consumer privacy and security."

In its current form, the Lifeline program is designed to help low-income consumers by providing a $9.25 a month subsidy. The FCC said it is seeking comment on proposals to encourage more competition to lower prices and improve service among Lifeline providers, and for the adoption of minimum service standards for both voice and broadband service.

Low-income consumers disproportionately use smartphones for Internet access, though nearly half of these subscribers have had to cancel or suspend smartphone service due to financial constraints.

"Internet access has become a pre-requisite for full participation in our economy and our society, but nearly one in five Americans is still not benefitting from the opportunities made possible by the most powerful and pervasive platform in history," Wheeler continued. "We can do better. We must do better. Indeed, Congress told us to do better. By modernizing the FCC's Lifeline program, we will do better."

The FCC isn't the only organization looking to connect low-income Americans with high-speed Web access. In July, Google launched a program in all of its Fiber markets to connect residents in select public and affordable housing properties for free, with no installation fee.

The initiative is part of ConnectHome, a program launched by the White House and the US Department of Housing and Urban Development (HUD) to bring Internet connectivity to more families and school-age children and living in HUD-assisted housing in 28 communities across the country.

The ConnectHome pilot program pilot program launched in 27 cities and one tribal nation. It will initially reach over 275,000 low-income households and nearly 200,000 children.

Nathan Eddy is a freelance writer for InformationWeek. He has written for Popular Mechanics, Sales & Marketing Management Magazine, FierceMarkets, and CRN, among others. In 2012 he made his first documentary film, The Absent Column. He currently lives in Berlin. View Full Bio
We welcome your comments on this topic on our social media channels, or [contact us directly] with questions about the site.
Comment  |
Email This  |
Print  |
RSS
More Insights
Webcasts
Shifting Security from Speedbump to Digital Accelerator
5 Steps to Integrate SAST into the DevSecOps Pipeline
More Webcasts
White Papers
Let's Talk: Why Language Matters in Cybersecurity
Digital Transformation Built on the Cloud
More White Papers
Reports
2019 State of Privileged Access Management (PAM) Maturity Report
eSentire Annual Threat Intelligence Report: 2019 Perspectives and 2020 Predictions
More Reports