As you probably know, the PC market's seen better days.

Yes, the past few years' epic downturn in computer sales has begun to level off, and yes, tablet sales have started to slow too. But PC shipments are still nowhere near their peak levels. Moreover, Windows XP's end-of-life deadline forced a lot of reluctant PC owners into upgrades. This raises an important question for traditional PC powers such as Dell and HP: Are recent bright spots a sign of recovery, or just a short-term boost tied to XP's demise?

At this week's Computex trade show in Taipei, Taiwan, PC makers attempted to put such concerns to rest. Diversity beyond conventional PCs was part of the approach, typified by announcements such as Acer's new smartphones and HP's continued investment in Android and Chrome products.

But the diversity of course included Windows machines, which now come in all shapes and sizes. A number of OEMs, for example, showed off high-end laptops and all-in-one desktops, demonstrating that though tablets have replaced PCs for some, others still demand bigger screens, lots of power, and legacy applications.

But manufacturers also doubled down on their most controversial post-PC tactic: 2-in-1 Windows hybrid devices. Hybrids haven't sold well so far, but OEMs' continued interest makes some amount of sense. Tablet sales can't overtake PC sales if laptops and large slates become the same thing, after all. Plus, as long as Windows includes both a desktop UI and a tiled Start screen, 2-in-1 models are inevitable.

In the aggregate, there's clearly a market for such devices. But so far, it's been a niche market that leaves little room for individual models to pivot toward the mainstream. Prompted by Microsoft, OEMs promised a single do-it-all device. However, most early hybrids have proved decent as laptops and unwieldy as tablets -- at best.

The Surface Pro 3 set a high bar for Windows hybrids. Were Computex announcements up to the challenge?

Based on the devices announced in the last few weeks, new hybrids might avoid many of the compromises that have dogged earlier models. Last month, Microsoft's Surface Pro 3 earned praise as one of the best Windows 8.1 devices yet released. It set a high bar, but at Computex, Microsoft's partners did their best to meet it. Indeed, given that some of them touted ultrathin devices built around Intel's forthcoming Broadwell processors, the bar might have already risen.

The new options span a variety of attitudes toward hybridity, from 2-in-1 tablet-keyboard combinations to clamshell designs that act first and foremost as laptops but also cater to touch where it makes sense. Some devices will be available immediately, but those with next-generation processors won't hit the market until next year. Crucially, many of the devices will be cheaper than their predecessors.

Is it all enough to boost Windows hybrids to mainstream popularity? Let us know what you think in the comments.

Asus
Asus offered some of the most diverse and eye-catching hybrids at Computex. Not content to offer another mere 2-in-1, Asus showed off the Transformer Book V, which it bills as a "five mode" device: an Android smartphone, an Android tablet, an Android laptop, a Windows tablet, and a Windows laptop. 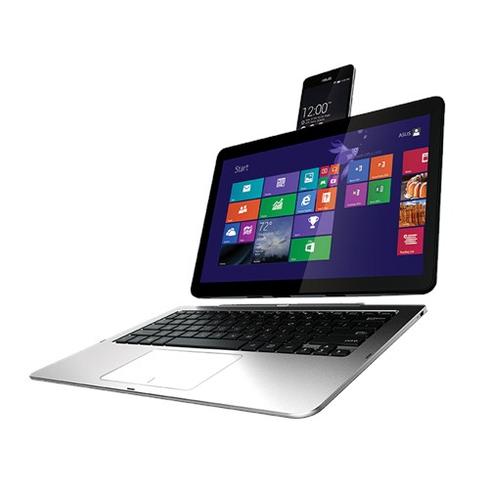 The phone runs Android 4.4 KitKat and docks into the back of the tablet. It features a 64-bit quad-core Intel Atom processor, a five-inch 720p display, and LTE support. The phone must be docked for the tablet to switch between Windows

and Android. Otherwise, the Transformer Book V functions like a typical Windows 2-in-1.

The tablet portion offers a 12.5-inch 1366x768-pixel IPS display, 128 GB of storage, and 4 GB of RAM. It runs a next-gen Intel Core processor, presumably a Broadwell Core M model. Asus completes the Transformer Book V with a keyboard dock that contains 1 TB of additional storage and an extra battery.

Asus calls the Transformer Book V a "five mode" device. It's an Android tablet, laptop, and smartphone and a Windows 8.1 tablet and laptop.

Asus also dropped jaws with the Transformer Book T300 Chi, which supplanted Microsoft's just-announced Surface Pro 3 as the thinnest device built around an Intel Core processor. Only 7.3mm thick thanks to a new Intel Core M chip, the 2-in-1 tablet likely won't hit the market until the end of the year. It boasts a 12.5-inch 2560x1440-pixel display, fanless design, and LTE support. When connected to its keyboard case, the T300 Chi is still thinner than a MacBook Air.

Dell
While Asus explored new designs with next-gen chips, many of Dell's new products bring existing tech to new price points. The Inspiron 11 3000 series comes in both Intel Celeron and Pentium-based configurations and starts shipping June 19. The base model with 500 GB hard drive and 4 GB of RAM checks in at $449.99. Its selling points is a highly flexible hinge, like the one first popularized by the Lenovo Yoga, that lets the user shift among laptop, stand, tent, and tablet modes. The 11.6-inch hybrid laptop isn't the thinnest or lightest device. Its 1366x768-pixel screen feels a bit miserly, but it's an IPS screen, so it will be better than yesteryear's faded laptop display with the same resolution. Plus, Dell even offers a version that runs Ubuntu instead of Windows.

Dell also introduced the Inspiron 13 7000 series, a 13.3-inch, 3.68-pound version of the Inspiron 11. It offers a 1366x768-pixel screen, but users can step up to a 1920x1080 display. The Inspiron 13 also offers options for faster fourth-generation Intel Core processors and up to 8 GB of RAM. The device will include a stylus and be available in both Windows and Ubuntu configurations. It will hit the market in December for an undisclosed price.

HP
HP focused on professionals with its Pro x2 612, as 12.5-inch 2-in-1 tablet. The device comes equipped with a 1920x1080-pixel screen, Core i3 and Core i5 processor configurations, dual HD cameras, and optional 4G LTE connectivity. As an enterprise-oriented device, the Pro x2 612 will also be available with various business-oriented upgrades, such as Intel vPro Core chips and a fingerprint reader for authentication. HP claims the battery life of a little more than eight hours in tablet mode, and just over 14 hours when docked with the keyboard, which includes an extra battery and various ports. The Pro x2 612 will be available in September, though HP has not yet set pricing. 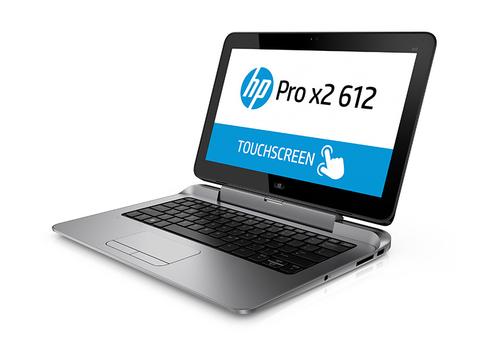 flexible "full rotation" hinges that allow laptop, tablet, stand, and tent configurations. Despite the advertised versatility, the devices are first and foremost laptops, due to their size and heft. 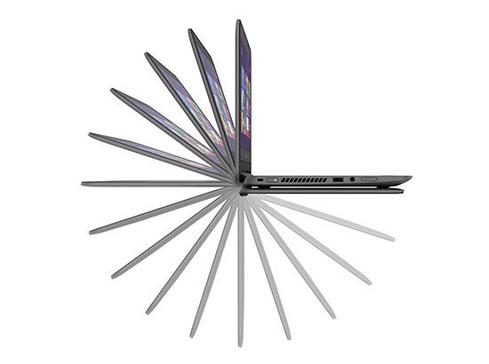 The ENVY will be available June 11. Weighing in at 5.8 pounds, it features a 15.6-inch screen, up to 8 GB of RAM, and up to 1 TB of storage, including hybrid options. It will be available with in both AMD and Intel configurations, with a base price of $679.99. 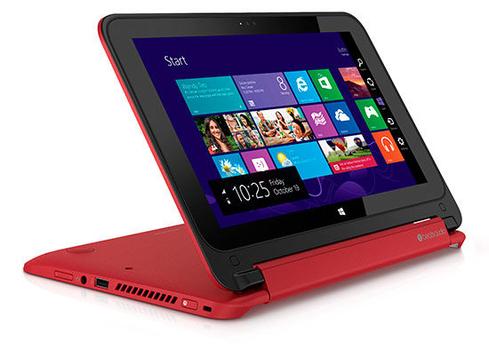 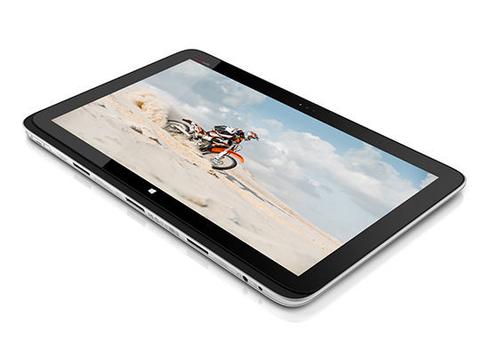 Prices start below $600, but for the faster chips prices rise over $850. The device weighs 2.45 pounds as a tablet and a little over four pounds when attached to its keyboard. The keyboard includes an extra battery that pushes battery life from just over five hours to just under eight.

Michael Endler joined InformationWeek as an associate editor in 2012. He previously worked in talent representation in the entertainment industry, as a freelance copywriter and photojournalist, and as a teacher. Michael earned a BA in English from Stanford University in 2005 ... View Full Bio
We welcome your comments on this topic on our social media channels, or [contact us directly] with questions about the site.
Comment  |
Email This  |
Print  |
RSS
More Insights
Webcasts
The ROI Story
Shifting Security from Speedbump to Digital Accelerator
More Webcasts
White Papers
Data Protection: Verify Anything and Everything
6 Emerging Cyber Threats That Enterprises Face in 2020
More White Papers
Reports
Assessing Cybersecurity Risk in Today's Enterprise
2019 Threat Hunting Report
More Reports
Copyright © 2020 UBM Electronics, A UBM company, All rights reserved. Privacy Policy | Terms of Service