The sound of the ocean waves may be relaxing when you are on a beach vacation, but for coastal communities dealing with increasing risks of flooding, rising water can be costly and dangerous. For those living in coastal communities, having accurate predictions around when those flood waters will rise and how long the flood waters will stay is important for families who must evacuate and property owners looking to protect assets.

That's been a big impetus for a project called StormSense in the Virginia Beach, Virginia area, according to Jon Derek Loftis, PhD, an assistant research scientist at the Virginia Institute of Marine Science. The project provides alerts to emergency management offices in the area and will be rolling out alerts to residents there, looking to predict flooding 36 hours in advance and inform residents of how long the floods will last, Loftis told InformationWeek in an interview. 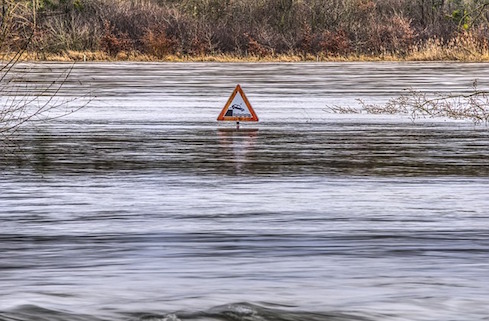 Loftis said that the Hampton Roads, Virginia, area has the second largest population at risk from sea level rise in the US after New Orleans, and more than 400,000 properties are at risk from coastal inundation. Flood risk comes from three things -- storm surge, rainfall, and tidal flooding. So predicting rising water can be complex. Residents can be faced with water rising on three sides.

To make it work, the StormSense project includes sensors, cloud computing, advanced analytics, and GIS data. The system relies on data coming from sensors managed by three different organizations including the Virginia Institute of Marine Science, along with additional weather data that is fed into the StormSense hydrodynamic forecast model. Partners in the project include the cities of Newport News, Norfolk, Virginia Beach, Hampton, Portsmouth, Chesapeake, and Williamsburg, along with York County.

Cloud services company Valarm provides management of water level monitoring sensors and alert messaging. The results are then mapped on an Esri ArcGIS server, which has the capability to provide visual flood model forecasts, and then is shared with emergency management services. Loftis said that the project team is working on determining the best ways to communicate alerts with the community. StormSense currently offers an Alexa app and is planning a mobile phone alert system. The project won the IDC Smart Cities North America Award earlier this year in the Smart Water category.

The alerts and the system will be important to residents, who could get discounts on their flood insurance due to the program, and now will be more informed of upcoming flood risks. Loftis said that the area experiences 8 to 10 flooding events per year.

"Each one is different," he said, citing the different characteristics of each type of flood -- storm surge, rainfall, and tidal flooding. Each event and type of event has a different duration.

Before the Virginia Institute of Marine Science got involved with the project, the region in question had a total of six sensors installed, since about 1994, when they cost about $50,000 each, to detect flooding. They are still in operation today, use a satellite network for communications, and are owned and maintained by the National Oceanic and Atmospheric Administration (NOAA) at a cost of about $5,000 a year. In 2015 to 2016 Hurricane Sandy relief funds managed by the US Geological Service paid for deployment of another 19 water gauges. More recently, StormSense has deployed 28 bridge-mounted IoT ultrasonic and microwave radar water level sensors that are managed by Valarm.

Andrew Turner, director and CTO of Washington DC R&D at Esri, said in an interview that the StormSense project combines real time data from sensors with fixed asset data. But there could also be data added from Waze, citizen centers and other sources.

No two storms are alike. In one case you may have a hurricane come up the coast and the water "comes up fast and drops off quickly," Loftis said. "You also have situations where Nor'easters sit around for several days."

The StormSense team has identified some key performance measures to target in the next year, including improving the modeling capability via some statistical methods and improving the accuracy of models through crowd-sourced data collection.

But for right now, the system is really making an impact targeting just some of the small things, he said, such as asking residents not to put out their trash when trash day overlaps with a big storm prediction.

"We don't want those things to float down the street and litter the roadways," he said.

Jessica Davis is a Senior Editor at InformationWeek. She covers enterprise IT leadership, careers, artificial intelligence, data and analytics, and enterprise software. She has spent a career covering the intersection of business and technology. Follow her on twitter: ... View Full Bio
We welcome your comments on this topic on our social media channels, or [contact us directly] with questions about the site.
Comment  |
Email This  |
Print  |
RSS
More Insights
Webcasts
Take DevOps to the Next Level
Managing a Hybrid Cloud Infrastructure
More Webcasts
White Papers
2020 SANS Enterprise Cloud Incident Response Survey
The Top 5 Mistakes Everyone is Making in Vulnerability Remediation
More White Papers
Reports
The Infoblox Q4 2020 Cyberthreat Intelligence Report
The State of DevSecOps Report
More Reports