"We found that Google pursues an overall strategy on mobile devices to protect and expand its dominant position in Internet search," said EU competition commissioner Margrethe Vestager in a statement. "It does so by imposing unjustified restrictions and conditions on manufacturers of devices running its Android mobile operating system as well as on mobile network operators."

Vestager contends Google's actions are particularly significant because more than half of Internet traffic involves mobile devices, because about 80% of the mobile devices in Europe and elsewhere run Android, and because Google's search market share is over 90% in most member states.

The issuance of the Commission's formal Statement of Objections caps an investigation that began a year ago and adds to the company's regulatory woes. Last year, the EU filed formal charges against Google for allegedly abusing its search dominance by promoting its own shopping services to the detriment of competitors.

Google is presently fighting those charges, but competitors are fueling the conflict. On Monday, News Corp filed a complaint with the European Commision charging Google with scraping content from publishers and using it in search links in a way that may limit traffic to the source website.

The European Commission has three main objections to the way Google oversees Android.

Second, Google disallows manufacturers who pre-install Google apps on one device from using modified versions of Android on any device. 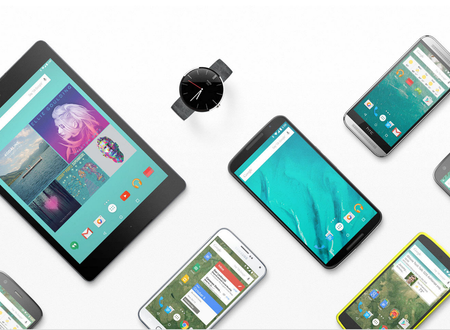 Kent Walker, SVP and general counsel for Google, argues that Google's partner agreements are voluntary and that companies are free to use other versions of Android, like Amazon Fire OS.

"Manufacturers who want to participate in the Android ecosystem commit to test and certify that their devices will support Android apps," Walker said in a blog post. "Without this system, apps wouldn't work from one Android device to the next. Imagine how frustrating it would be if an app you downloaded on one Android phone didn't also work on your replacement Android phone from the same manufacturer."

Daniel Castro, VP of the Information Technology and Innovation Foundation (ITIF), a technology think tank to which Google has contributed, criticized the European Commission's findings in an emailed statement. "Operating systems like Android benefit from economies of scale and network effects that naturally limit the number of competitors in the market, and this often produces greater value for consumers in the form of better features, lower costs, and increased interoperability," he said, chiding the Commission for its failure to describe any actual harm to consumers.

Castro also charged the Commission with holding open platforms like Android to a higher standard than closed platforms.

Google has 12 weeks to respond to the charges, but the dispute is likely to continue for months, if not years.

Thomas Claburn has been writing about business and technology since 1996, for publications such as New Architect, PC Computing, InformationWeek, Salon, Wired, and Ziff Davis Smart Business. Before that, he worked in film and television, having earned a not particularly useful ... View Full Bio
We welcome your comments on this topic on our social media channels, or [contact us directly] with questions about the site.
Comment  |
Email This  |
Print  |
RSS
More Insights
Webcasts
How Cyber Attackers Will Use & Abuse AI, ML Against the Enterprise
5 Ways to Jumpstart AI
More Webcasts
White Papers
Getting The Right Cloud Management
ROI Analysis Key to Choosing the Best WFA Solution
More White Papers
Reports
State of Endpoint Security: How Enterprises Are Managing Endpoint Security Threats
An Insider's View into a Supply Chain Attack
More Reports

@Technocrati I think it will eventually come up, but without the thunder as was seen in Europe. I have absolutely no expertise in the area...
Reply  |  Post Message  |  Messages List  |  Start a Board

Didn't this used to be know as a bribe ?


@Michelle    I am curious as well, but it does not seem Google is having too much trouble doing what it wants in the U.S.


It will be interesting to see if this comes up at all in the U.S.

This is interesting.  As a Android user, I have Google Play and Search installed of course, but I have never noticed that Chrome was a must as a default browser, which I don't use on my phone.


I wonder why Google is forcing this in Europe ?  Of course this is how they make money, but I would think people would eventually use Google search without being forced to do so.

This is a very interesting ruling. I'm curious to see what happens next in the US...
Reply  |  Post Message  |  Messages List  |  Start a Board
Editors' Choice
Hot Topics