Google Photos, for all its mass appeal, is less interesting than Google's more ambitious work. Get ready for touch-aware clothes and gesture-sensing devices. 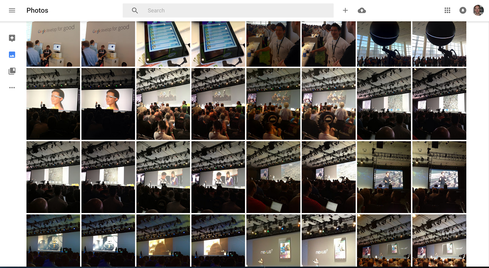 Thomas Claburn has been writing about business and technology since 1996, for publications such as New Architect, PC Computing, InformationWeek, Salon, Wired, and Ziff Davis Smart Business. Before that, he worked in film and television, having earned a not particularly useful ... View Full Bio
We welcome your comments on this topic on our social media channels, or [contact us directly] with questions about the site.
Comment  |
Email This  |
Print  |
RSS
More Insights
Webcasts
Making XDR Work in Your Enterprise - May 12
Multi-Cloud Data Management for Modern Applications
More Webcasts
White Papers
Are We Cyber-Resilient? The Key Question Every Organization Must Answer
New Cybersecurity Paradigm
More White Papers
Reports
The State of CCPA 2021
Are We Cyber-Resilient? The Key Question Every Organization Must Answer
More Reports
Copyright © 2021 UBM Electronics, A UBM company, All rights reserved. Privacy Policy | Terms of Service