Only about 10% of potential buyers polled by Quartz reported that they will buy the iPhone 7 if it keeps the same design as previous models.

The iPhone 7 is widely expected to look the same as the iPhone 6 and 6s. That might be bad news for Apple, as a recent poll suggests the majority of iPhone buyers prefer to buy only when Apple changes things up.

Apple's tick-tock pattern of iPhone updates is about to be broken by none other than Apple itself. Apple typically introduces a brand new iPhone design every other year with a spec update to that design the following year.

The iPhone 7, expected this fall, is set to bust that pattern wide open. Various reports over the last few months have strongly implied that Apple will carry over the design of the iPhone 6 and iPhone 6s with the iPhone 7.

The company is believed to have a total overhaul in the works for 2017.

iPhone buyers most often update their device every two years, according to a July 19 poll conducted by Quartz, but many admitted they may wait through a third year if Apple doesn't redesign the iPhone in 2016. The numbers are telling. 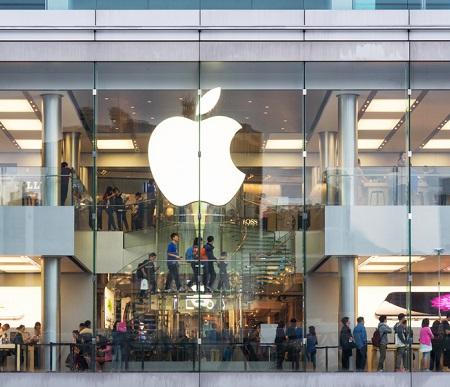 When asked how interested they are in updating to new iPhone designs, only 11.8% responded that they're "extremely interested."

In other words, people prefer stuff that looks new or different from the old stuff.

That has played out to some degree with the iPhone 6 and iPhone 6s. When Apple introduced the iPhone 6 in 2014, the redesign sparked huge interest from smartphone buyers who scooped up the fresh phone in droves. The iPhone 6s, which landed in 2015, hasn't been as popular with iPhone buyers, leading Apple to report its first-ever decline in iPhone sales earlier this year.

[Check out the latest iPhone 7 rumors.]

The "s" doesn't stand for "slouch." Apple's s-branded iPhones generally have quicker processors, faster wireless radios, better cameras, and other improvements when compared with their same-number companions. For example, the iPhone 6s features the 3D Touch display and a 12-megapixel camera, compared to the iPhone 6's standard screen and 8-megapixel camera.

What should be most worrisome to Apple is the number of poll respondents who reported that they'd adjust their buying pattern to match Apple's redesign schedule. Some 11.4% responded that they are "extremely likely" to buy an iPhone every three years (instead of every two years) if Apple changes its upgrade pattern to tick-tock-tock. Another 23% noted that they are "very likely" to wait three years between upgrades.

Think about what would happen to iPhone sales and Apple's bottom line if people begin to delay their upgrades by a year.

The iPhone 7 is on deck for a mid-September reveal. It will be interesting to see how this plays out.

More Informa Tech Live Events
The Failures of Static DLP and How to Protect Against Tomorrow's Email BreachesBuilding the SOC of the Future: Next-Generation Security Operations5 Steps to Solving Modern Scalability Problems