50%
Tweet
A consortium of luxury German automakers scoops up Nokia's HERE navigation platform after months of speculation as to what company would acquire it.

Nokia is off-loading its HERE mapping platform to a consortium of German automotive companies, including Audi, BMW, and Daimler for $3.2 billion.

The HERE platform is in the midst of developing a location cloud that harnesses data generated by vehicles, devices, and infrastructure to deliver real-time, predictive and personalized location services.

In the automotive industry, automakers are focusing on developing accurate mapping, as well as services that will enable highly automated driving. By buying up HERE, the companies will get instant access to that user data, and the firms will have the ability to offers a wider-range of services to drivers.

Upon closing of the transaction, Nokia will consist of two businesses, Nokia Networks and Nokia Technologies. 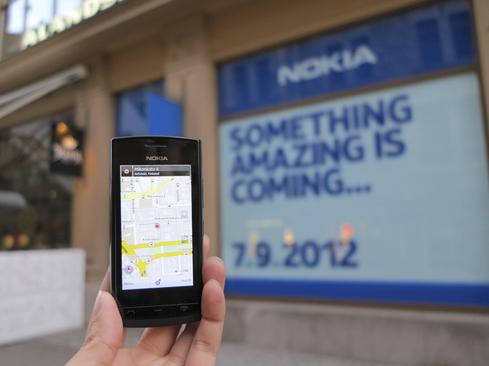 The Networks entity will continue to be a provider of broadband infrastructure software and services, while the Technologies arm will continue to provide technology development and licensing.

"I believe today's announcement is a very good outcome for HERE, its customers and employees," Sean Fernback, HERE's president, said in a Aug. 3 statement. "The new ownership structure of HERE will allow us to accelerate our strategy, further scale our business and fulfill our intent to become the leading location cloud company across industries."

In April, Nokia announced it was acquiring French mobile manufacturer Alcatel-Lucent for $16.6 billion, which will expand the company's footprint into optical transmission technology, as well as routers and switches.

The company's proposed combination with Alcatel-Lucent is expected to close in the first half of 2016.

The acquisition aims to create a stronger competitor to the rival firms Ericsson and Huawei, both of which Nokia and Alcatel-Lucent had surpassed in terms of total combined revenue in 2014.

Nokia's HERE mapping and navigation platform has been the subject of intense speculation for month, with taxi-service rival Uber purportedly offering $3 billion to acquire it.

The service is available in 196 countries, with features including include turn-by-turn walking navigation, offline availability, 3D landmarks, and indoor venue maps for 90,000 buildings in more than 70 countries.

Other features include photos of the surrounding locations, a weather toolbar, and personalization options that allow users to tag favorite places.

The deal is the latest twist in a rollercoaster ride for the Finnish company, which sold its handset business to Microsoft in 2011 in the hopes of regaining market share for its Symbian mobile operating system.

[Read about Nokia's view of the mobile market.]

Microsoft's attempts at entering the mobile market have so far not borne fruit, and rumors surfaced in the spring that Nokia would return to manufacturing its own mobile phones.

However, Nokia officially debunked rumors that it is planning a return to manufacture or sell consumer handsets by issuing an official statement on the company's website on Sunday, April 26.

While Nokia flatly denied it was currently planning any manufacturing, Nokia is still putting out company-branded devices into the market, most notably with the launch of a brand-licensed tablet computer in China, which runs on Google's Android platform.

Nathan Eddy is a freelance writer for InformationWeek. He has written for Popular Mechanics, Sales & Marketing Management Magazine, FierceMarkets, and CRN, among others. In 2012 he made his first documentary film, The Absent Column. He currently lives in Berlin. View Full Bio
We welcome your comments on this topic on our social media channels, or [contact us directly] with questions about the site.
Comment  |
Email This  |
Print  |
RSS
More Insights
Webcasts
Cyber Attack Evasion Techniques
The 6 Must-Haves for Practical Cloud Security
More Webcasts
White Papers
Let's Talk: Why Language Matters in Cybersecurity
2020 Security Trends to Watch
More White Papers
Reports
Black Hat 2019 Hacker Survey Report
2019 Threat Hunting Report
More Reports