Are Macs Taking Over the Enterprise? - InformationWeek

territory: the United States. Plus, even if more enterprises are supporting Macs, they might not be supporting the machines for all employees. The survey found that 71% of respondents' companies support Apple computers, but only 66% said people use Macs at work.

Companies generally commission and release these sorts of studies because the studies support the need for whatever products the companies happen to sell. VMware's survey is no different. The report states that IT pros consider Macs neither more secure nor easier to manage than Windows PCs. It also states that many enterprise applications won't run on Macs. Given these challenges, nearly 90% of respondents said their organizations would derive value if they were to provide Mac users with Windows virtual desktops; that is, with the sort of thing VMware sells. 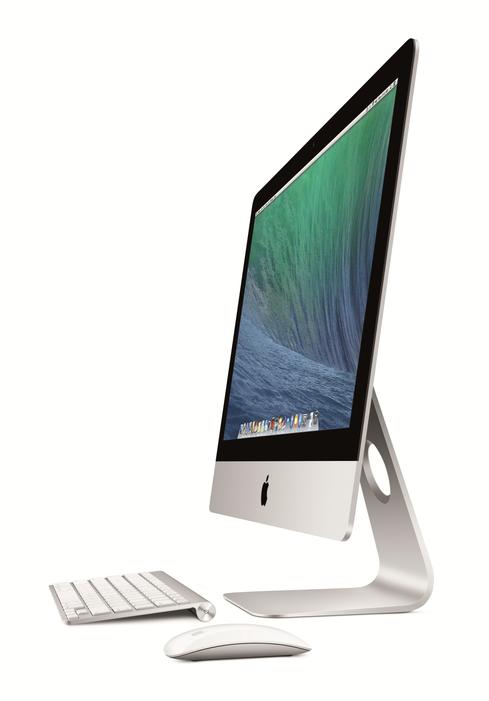 Still, VMware's findings echo several similar reports. In a survey of 309 IT pros by Apple-centric management vendor JAMF Software, around 90% of respondents indicated their company supports iOS devices, and around 60% said their company supports Macs. VMware found, not only a somewhat higher rate of Mac acceptance, but also near-identical support for iPhones and iPads. Management vendor Good Technology's regular reports also indicate iPads -- whose popularity many have linked to growing enthusiasm for the Mac line -- account for around 90% of enterprise tablet deployments.

The research firm Forrester has also detected an uptick in enterprise Mac adoption. In a June interview with InformationWeek, Forrester analyst David Johnson said companies have become more interested in Type 2 hypervisors that allow companies to run Windows programs on Apple machines. Nevertheless, iMacs and MacBooks have a long way to go before they push Windows out of the office. According to Forrester's most recent survey data, Macs account for only 2% of enterprise desktops and 6% of enterprise laptops. The firm found that 8% of employees want their next work device to be a Mac, however.

Surveys aside, Apple's sales data points to increased Mac adoption. During the company's earnings call in April, execs said Macs had gained market share in 31 of the past 32 quarters, with MacBooks performing particularly well.

Will Apple's recent enterprise gains actually become the "invasion" touted in VMware's report? While we wait to find out, the survey results include some humorous justifications employees offer when requesting a Mac. One worker wants a Mac because he prefers fewer buttons on his mouse. Another employee said a MacBook Air would match her purse, and another tried to assure his employer that "only Macs display the color red in the proper shade." At least one survey respondent said a candidate for a job at his company refused to join if not given a Mac.

I see. I haven't heard anything about Windows 7. Not yet, at least. It doesn't sound like a good move, does it?

It's nice you can enjoy working with your Macs at home. :) That browser story sounds nigthmarish. :/

Interesting you make this connection to the iPhone Michael -- I have a company-provided Mac and iPhone for work, and I have pretty much zero connections between the two.
Reply  |  Post Message  |  Messages List  |  Start a Board


"That number is surprising, but I would not believe it either until I tried to get used to Windows 8.1. My initial difficulty rate was sky-high. I don't remember such frustration using a Mac for the first time."


I have never used Windows 8.1, or have the intention of even trying it. But what I do remember is that when I switched from PC (to never, ever come back) to Mac I had no difficulty at all. Oh, yes, the first five minutes I was trying to use things that worked on PC and were different on a Mac, but I was expecting that and it was over in, as I said, five minutes. Plus, I loved all my new Mac findings. :)


Maybe I am a fast learner, but after a few minutes of having my hands on my Mac I had the feeling we already had a great understanding. :) I also remember my first minutes on my Mac were full of surprise and joy when discovering all the cool things a Mac can do that PCs can't. So, for me, using a Mac has been earier and much more enjoyable than using a Windows PC.


I understand that employee who said he wouldn't join the company if he were not given a Mac. I wouldn't either. I simply can't see myself going to Windows PC frustration on a daily basis. :/

The iOS devices definitely helped. iPhones and iPads helped create BYO programs, which opened the floodgates for people to bring all kinds of Mac devices into the office. Once that happens, other dominoes start to fall.
Reply  |  Post Message  |  Messages List  |  Start a Board


Macs are definitely more popular (and viable) in certain industries than others. But I swear, any time I go to a Silicon Valley company, I see more Apple machines than PCs. All over the place too, from reception, to engineers, to execs. It would be interesting to get an accurate breakdown of Mac penetration within more industries. I think the Mac user base is big enough for useful aggregate statistics to be generated, but neverthless, comparing the growing Mac enterprise base to the vastly larger Windows enterprise base isn't an apples-to-apples comparison, as you point out.
Reply  |  Post Message  |  Messages List  |  Start a Board


Yes, I think "taking over" is unlikely, but they're certainly becoming more common, as BYOD options if not as also corporate-issued devices. As for the management issue, like I suggested in the article, VMware has to make Macs sound desirably yet also incomplete. Otherwise, they wouldn't have anything to sell, and wouldn't have much interest in releasing a study. These studies, as I am sure you know, always carry a grain of salt, since the commissioning company always has a vested interest in the results. Anecdotally, I hear people say both that Macs are easy to manage, and that they present problems. I think it probably depends what applications you need the Mac to run, and how familiar the IT staff is with non-Windows management. I've seen Mac environments that hum along without trouble, but I've also seen authentication precautions and virtualization implementations that turn MacBook Pros into near-bricks.
Reply  |  Post Message  |  Messages List  |  Start a Board

I agree, Windows 8 has been frustrating, no question. I was referring to Windows 7, which in my experience has a better UI for getting work done than OS X.
Reply  |  Post Message  |  Messages List  |  Start a Board

Nice analysis here by Michael. VMware as the sponsor of this survey is trying to get the survey to perform a balancing act. Give the end users what they want, which seems to be Macs and Macbooks. But put virtual desktop infrastructure on them so that they can access their existing Windows and Office applications and Windows servers. Weaken Microsoft as a desktop vendor, strengthen VMware as a virtualization vendor. Not bad for one survey.
Reply  |  Post Message  |  Messages List  |  Start a Board

Wow, that's high. Macs are definitely prettier and they pass the cool test, but I disagree that they're easier to use. Windows UI is arguably more intuitive than a Mac. But the problem is not the UI, it's that Windows is loaded down with too many updates, and AV software, and has not caught on with young people because it never made any headway in mobile. Add to that Macs coming in the back door through BYOD as more millennials join the workforce, and you can see this situation not getting better for Microsoft.
Reply  |  Post Message  |  Messages List  |  Start a Board
InformationWeek Is Getting an Upgrade!