22 comments
Comment Now
If a key to success is learning from your mistakes, Microsoft should be well positioned for 2014. 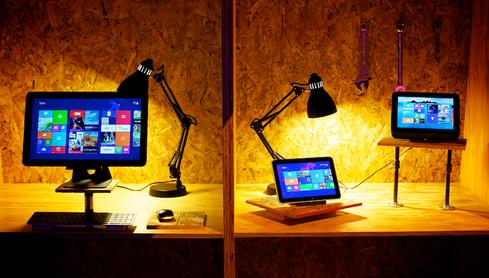 When Windows 8 launched, most of Microsoft and Intel's partners dutifully fell in line, talking about how touchscreens were going to revolutionize the PC business. When that didn't happen, leaders at many of these partner companies quickly changed their tone.

Literally all OEMs aside from Microsoft dropped support in 2013 for Windows RT, and executives at many companies spoke disparagingly of its device strategy. Commentators debated whether the Surface line was established to give partners an example, or whether Microsoft was actually invading its partners' turf.

Reports since last spring have claimed Microsoft has tried to cut deals to secure OEM support, including discounted Windows and Office licenses. It's not clear if these deals occurred as reported, let alone whether they're responsible for the low-cost Windows 8.1 tablets and two-in-ones that come preloaded with Office today. It's also not clear if they portend, as was recently rumored, a day when at least some Windows licenses are given away. But this much is certain: A dynamic clearly shifted in 2013.

At many points in its history, Microsoft has enjoyed enormous leverage. If companies wanted to build PCs, they could either license Windows or develop their own OS. This power structure changed as mobile devices rose in prominence. With Windows 8 floundering throughout the last year, companies such as HP and Dell began producing Android devices that ran on ARM processors. By the summer, it was clear that the traditional unity among Microsoft, Intel, and various PC OEMs had fractured. By October, HP CEO Meg Whitman had declared Microsoft a rival.

What has Microsoft learned from all this? The specifics aren't clear, but it learned something. Last year, many of the Windows 8 devices available at launch didn't even have touchscreens, and those that did were expensive and clunky. This year's flock of devices is much more compelling, and Microsoft, HP, Toshiba, Dell, and others actually seem to be on the same page.

Microsoft also appears to have learned it doesn't have the leverage it once did. By purchasing Nokia's device business, the company effectively conceded that OEMs don't have a reason to license Windows Phone when Android is already available for free.

I totally agree with jries921. Microsoft seemed to have learned a great lesson from the Vista failure--it seemed to be back on the right track. Then Windows 8.
Reply  |  Post Message  |  Messages List  |  Start a Board
InformationWeek Is Getting an Upgrade!