24 comments
Comment Now
Skype has become synonymous with voice and video chat for most consumers, but there are several other services that do the same things. 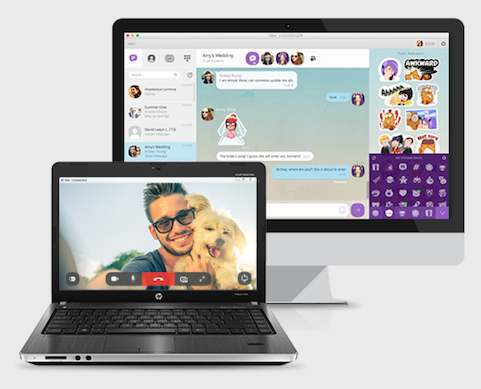 The service is free between Viber users, but a fee is charged for calling domestic and international lines outside the app. Through Viber Out, which enables outbound calls, users can buy credits and call any number. Rates start at $0.013 per minute.

Viber can be used on smartphones and tablets running iOS and Android, on Windows Phone, and Windows and Mac desktops.

It's as cross platform as others on the list. Sure, WhatsApp is closer alternative, but does not work on Win7 and Linux, soon BB10 will be abandoned as well.

Sadly none of these alternatives are alternatives to Skype, which covers most of platforms and it is cross-platform.
Reply  |  Post Message  |  Messages List  |  Start a Board

Thank you for providing some alternatives to Skype.  Skype may work ok as an app on a smartphone but it sucks when using it with Linux Mint 17.3 operating system  Since Microsoft took over Skype they probably don't like providiing Skype access to another operating system than Windows.  It took several attempts to install Skype on my laptop and it only worked for 3 months before giving me an error message when trying to log in.  I contacted technical support and was told to uninstall then reinstall their newer versions for Linux.  Neither version would install and as a result I lost my extensive contact list.  I cancelled my subscription and am looking for something better.
Reply  |  Post Message  |  Messages List  |  Start a Board

qq international is a good one. works on xp, and also on cell phones
Reply  |  Post Message  |  Messages List  |  Start a Board

I do love Skype though!  But it's crazy how much technology is available,  most of it for free.
Reply  |  Post Message  |  Messages List  |  Start a Board

Wow I didn't know there were so many alternatives  to Skype!  The more options the better.
Reply  |  Post Message  |  Messages List  |  Start a Board

I've always used skype, so this is a good read to find alternatives. Thank you
Reply  |  Post Message  |  Messages List  |  Start a Board

No mention of Whatsapp? Cross platform and video calling ...and free.

When you load Skype, press Ctrl-Alt-Dlt and check your memory usage! I have only 4Gb with more than 85% taken up mainly by Skype. The worse fact is, if it is loaded during the boot, the memory bug will already be there. The worst is, if you have other programs running in the vbackground, Skype will prevent memory to be freed even if you logout and/or quit Skype. It is mainly due to relevant svchost. You can delete the task that takes up GB'2 of memory manually and if lucky no other vital tasks will be stopped and you will see that memory usage will go to 15% from 85% or so.
Reply  |  Post Message  |  Messages List  |  Start a Board

Apart from Skype, you may have a look at R-HUB web video conferencing servers for all our online conferencing needs. It is an on premise solution which works from behind your firewall, hence, better security; plus it allows 30 people in a video conference at same time.
Reply  |  Post Message  |  Messages List  |  Start a Board
Page 1 / 3   >   >>
Editors' Choice
Hot Topics