Government agencies are embracing social media, using Facebook, Twitter, and other platforms to inform and interact with the public. Take a look at the best examples of social networking in government. 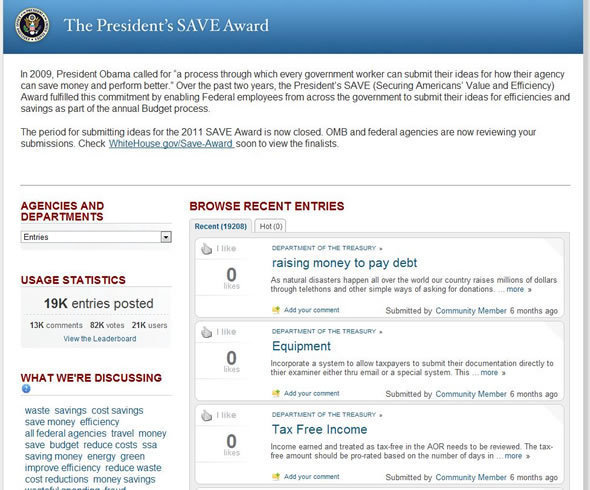 The White House has for the last three years held an annual crowdsourcing competition called the SAVE Award, which lets federal employees submit ideas on how the government can save money and also allows them to vote on those ideas. The initiative has led to more than 19,000 ideas posted last year. After the effort is over, the administration doles out annual awards for the best ideas. Among the finalists last year were a plea to stop printing paper copes of the Social Security Administration's quarterly internal magazine, which is also available online.

DARPA Seeks To Learn From Social For Warfare

Seeking a Competitive Edge vs. Chasing Savings in the Cloud Joao-Pierre S. Ruth, Senior Writer,  7/19/2021
White Papers
How to Plan for Endpoint Security Against Ever-evolving Cyberthreats
Questions to Ask in Evaluating a Deception-Based Cybersecurity Solution
Cyber-Resilience Is a Must Have in the Next Normal
Guide to Enabling a Work from Anywhere Organization
Run and Transform: Micro Focus + Jaguar Racing