The Bill and Melinda Gates Foundation has awarded six $100,000 grants to help improve everything from disaster response to municipal services.

Big data is getting more democratic, thanks in part to the Bill and Melinda Gates Foundation, which Wednesday said it had funded six projects aimed at "Increasing Interoperability of Social Good Data."

Victoria Vrana, a senior program officer on the foundation's charitable sector support team, told us the six grants are meant to address a gap. "There are lots of efforts to open up data, lots of great things going on, but a place that needed attention and more innovation was interoperability."

The grants, worth $100,000 apiece, were among the 81 that were given out in the Gates Foundation's latest round of Grand Challenges Explorations. Some grants were awarded for helping female farmers, developing new approaches to neglected tropical diseases, and inventing a next-generation condom.

This is the first time the Gates Foundation has made data part of its Grand Challenges. It received almost 400 applications from 45 countries. 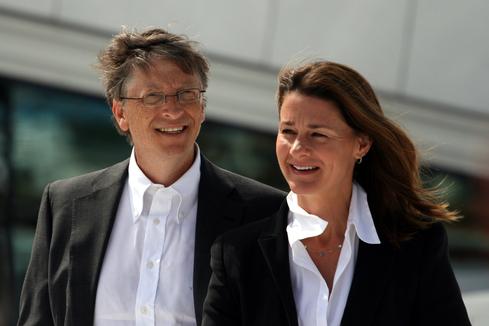 H.V. Jagadish, a professor of electrical engineering and computer science at the University of Michigan, told us he is using his grant to try to improve decisions by policymakers. "Big data is big news because it has societal impact." He intends to use data available via the data.gov clearinghouse to develop a prototype to prove that his project can create meaningful ways to compare public data, and to ask questions such as "Does better primary school education lower crime rates?"

Such a question would mesh crime statistics data (organized by precinct) and educational achievement data (organized by school district). The fact that these data sets don't match makes it hard to compare them, even for skilled technologists. Jagadish said he would make his prototype tool publicly available when it's finished.

Vrana said the Gates Foundation does not expect all six grantees to meet their goals, though it would be happy if they did. The bigger goal is to see foundations, nonprofit leaders, and citizens become more informed by data in what they fund and how they do their work. She did not say that nonprofits should become data driven. Instead, the goal is to combine people's observations with rigorous analysis. "The social sector depends so much on people and the wisdom of what's really going on the ground."

We welcome your comments on this topic on our social media channels, or [contact us directly] with questions about the site.
Comment  |
Email This  |
Print  |
RSS
More Insights
Webcasts
Building the SOC of the Future: Next-Generation Security Operations
5 Steps to Solving Modern Scalability Problems
More Webcasts
White Papers
How to Prioritize Risk Across the Cyberattack Surface
All In, Online Gaming & Gambling
More White Papers
Reports
Annual Global State of the WAN
DNS Network Traffic Volumes During the 2020 Pandemic
More Reports

Interesting to see the diversity in these projects, even beyond the education applications that grab the open data buzz.
Reply  |  Post Message  |  Messages List  |  Start a Board

Steve Jobs may have eclipsed Bill Gates as an technology innovator, but Gates through his philanthrophy is showing himself to be the greater man.
Reply  |  Post Message  |  Messages List  |  Start a Board

I'm with you on that one, Tom. It's amazing that Gates' philanthropic legacy may eclipse his business/technology legacy. Carnegie, anyone?
Reply  |  Post Message  |  Messages List  |  Start a Board

I'm surprised there isn't a healthcare project included in the mix. Big data is exploding in that industry, and surely could be used to improve patient care in underserved areas. This was partly addressed in Eric Rasmussen's recent column, "Better Balance Needed Between Patient Privacy, Data Sharing."
Reply  |  Post Message  |  Messages List  |  Start a Board

I'm excited to see the evolution of data to help predict outbreaks.  For example, if we were able to link early symptoms with outbreak risks, and connect it to rise in reported symptoms.  This means we could potentially have earlier detection systems, and considering we are due for a wave of antibiotic-resistant strains, this will be even more critical than ever.
Reply  |  Post Message  |  Messages List  |  Start a Board

I was not previously aware that there was a public repository for information in the form of data.gov. I think it's a great idea.

Problem is, why I haven't I heard about this before? How many organizations are not cognizant that this is available to them? Bureacracy, perhaps?
Reply  |  Post Message  |  Messages List  |  Start a Board

It's compelling how his work with Microsoft "prepared" Gates for his new philanthropist role.

This is why, I think, the calls for Gates to return as Microsoft CEO will go unheeded; it seems as if this is a man who is more interested in his new work -- and with moving forward.
Reply  |  Post Message  |  Messages List  |  Start a Board
Editors' Choice
Hot Topics