Microsoft updated its CRM and SQL offerings, and Intel showcased its IoT efforts. Meanwhile, the US Supreme Court is weighing questions about the liability companies have in ensuring the accuracy of consumer data. Learn about this and more in our Big Data Roundup for the week of Nov. 6.

Microsoft has analytics updates coming to several products soon, and Intel announced enhancements to its Internet of Things (IoT) initiatives this week. Those were among the big stories in big data for the week ending Nov. 6, along with more from Tableau, MongoDB and others. We also saw the US Supreme Court begin exploring liability questions related to consumer data.

First let's look at the Microsoft news. Microsoft is changing its Dynamics CRM 2016 technology to include Azure Machine Learning, among other new capabilities. The update will integrate new capabilities into Dynamics CRM to help businesses provide a fast, effective customer experience, Microsoft told InformationWeek. This technology will learn from the experiences customer service representatives have with customers in order to improve the knowledge base from which they can draw to handle future calls.

Microsoft also announced the start of a public preview of its In-Memory OLTP and Real-Time Operational Analytics in Azure SQL Database. Microsoft wrote in a blog post that the updates provide improved speed of performance for business applications and enable scaling to support an increased numbers of users. Microsoft said that customers, including Samsung, Dell, and Progressive, have achieved up to 30x transactional performance gains.

[Dell is offering its Statistica software for free to US college students. Read Dell's Statistica Revamped, Free To College Students.]

Intel hosted an IoT event earlier this week to showcase its customers' initiatives, For example, the company highlighted an IoT pilot it conducted with San Francisco-based Levi Strauss & Co., which placed sensors with bar code readers on clothing displays to feed inventory data to a cloud repository. Intel also used the event to update progress on its Quark system-on-a-chip device, which is used in wearables. Check out the full story here.

MongoDB released version 3.2 of its NoSQL database. The company said in a statement that the update "expands MongoDB to new users within the enterprise by deeply integrating with the modern CIO's technology stack." Version 3.2 includes new storage engines for encrypted storage and in-memory storage. 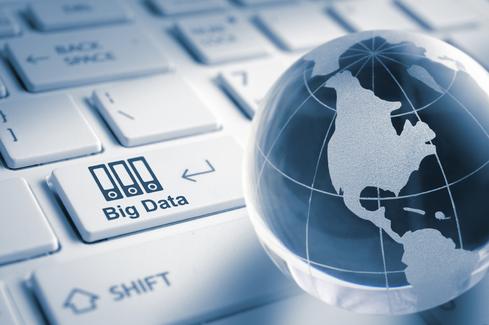 It also includes a new set of tools to integrate MongoDB to work with a wide range of enterprise applications. Tools include Compass for database exploration and visual query construction, Connector for BI that lets business analysts use familiar BI tools with MongoDB, and integration of application performance monitoring tools, including New Relic and AppDynamics.

Data visualization provider Tableau Software this week reported its Q3 earnings for the quarter ended Sept. 30. Total revenue increased to $170.8 million, up 64% over the same period a year ago. Diluted GAAP loss per share was 19 cents.

Are companies that aggregate and sell consumer information liable for damage to personal reputations if the data they sell ends up being false? That's the question before the US Supreme Court in the case of Spokeo Inc. vs. Robins. Details about the case are reported here, and as the article notes, many companies in Silicon Valley are taking a position in it. eBay, Facebook, Google, and Yahoo have jointly filed an amicus brief urging the Supreme Court to rule against Robins, saying that a ruling in favor of the plaintiff would open the door to class action suits against them.

Finally, what's big data like? This fun article from re/code looks at all the metaphors that have been used to describe big data -- including bacon, oil, tsunamis, exhaust, and teenage sex. What's your best metaphor for what big data is like? Let us know in the comments section below.