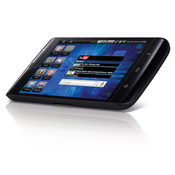 Dell is shuttering its mobile unit and its chief executive in charge of running the operation, Ron Garriques, is leaving his post. Garriques had been hired from Motorola, where he ran that firm's mobile phone operation, which, like the Dell unit, delivered lackluster results.

Dell said it is tweaking its strategy and will spread marketing for its wireless products across its three main business groups -- large enterprise customers, public sector customers, and midsize business customers. The communications solutions segment, which has been headed by Garriques, will be discontinued.

The changes were reported in a Securities and Exchange Commission filing by Dell, which is scheduled to release its quarterly earnings report at the close of stock markets on Thursday.

Garriques, who was hired by Dell in February 2007, had been running Motorola's mobile phone business when it launched its hit Razr phone, but the Motorola unit was declining in revenue when he left for Dell.

Dell hasn't managed to develop any hit wireless products, although it has tried. Sales of its Android tablet -- the Streak -- to date haven't been encouraging; Dell is also launching a Microsoft Windows Phone 7 handset.

Dell said Garriques will leave the firm in January and will continue as a consultant through the end of 2011. According to media reports, Garriques will receive $1.44 million in severance pay and a $378,000 incentive pay bonus. He is also in line to receive two lump-sum payments of $3,154,120.

John Thode, who has been overseeing Dell's mobile products development, will remain in his position. He reports to Jeff Clarke, vice chairman for Dell operations and technology.