On iOS, Android and Symbian Microsoft provides Lync and OneNote, but on Windows Phone 8 you also get Outlook, Word, Excel and PowerPoint. The company wants Windows Phone 8 to be the best phone platform for Office document use.
Larry Seltzer
Contributor
October 30, 2012 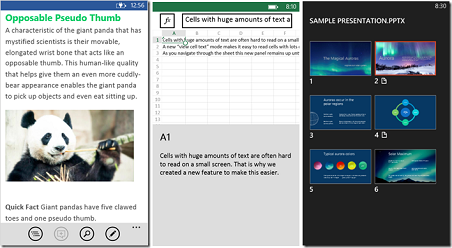