The FCC grants AT&T a waiver of its rules for the hearing impaired, allowing the carrier to roll out its WiFi calling on the iPhone and other devices.

The Federal Communications Commission (FCC) has granted AT&T a limited waiver (until Dec. 31, 2017) stating that the carrier does not have to support teletype technology (TTY) for calls that are made over WiFi. The decades-old TTY technology is used by the hearing impaired, but is being supplanted by a new standard.

The move paves the way to allow AT&T to roll out WiFi calling -- a feature it showed off in the in the fifth public beta of Apple's iOS 9 back in August. But the capability was deactivated in iOS 9's introduction because of incompatibility with the FCC's requirements regarding TTY.

Though no date has been set by AT&T for the start of this service, the FCC's decision brings it up to parity with Sprint and T-Mobile, who already offer WiFi calling without having been granted an explicit waiver of the TTY rules.

On June 12, 2015, AT&T filed a petition requesting that the Commission initiate a rule-making proceeding to authorize the substitution of a newer form of text communication, real-time text (RTT), as an alternative accessibility solution to TTY technology for use in the IP-based environment. 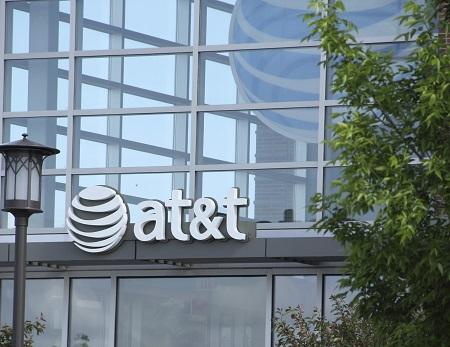 AT&T told the FCC that such a waiver "would further the TTY-to-RTT transition, bring the benefits of IP-based services, including voice, to the wireless marketplace, and enhance accessibility, without any reduction in current TTY support."

The Commission noted in its decision that "consumer groups have pointed out that because of its limitations, TTY technology is now 'sparsely used on IP networks' by the deaf and hard of hearing community, and therefore, this community 'is not served by rules mandating support of only TTY (without an option for RTT) on IP-based networks.' They [the consumer groups] explain that as IP networks have proliferated, consumers have come to appreciate the advantages of superior accessibility solutions that are native to IP protocol, such as RTT."

The Commission has already acknowledged consumers' belief that TTY technology is "an antiquated technology with technical and functional limitations."

But the waiver "does not impact or cover requirements for the support of TTY technology for any wireline services or wireless services not offered on an IP network."

[AT&T and ZTE are transforming cars into WiFi hotspots.]

So, this is a wireless-only waiver.

AT&T is still pursuing its claims against Sprint and T-Mobile.

AT&T's senior executive vice president for external and legislative affairs Jim Ciccone said in a statement that, "We're grateful the FCC has granted AT&T's waiver request so we can begin providing WiFi calling. At the same time we are left scratching our heads as to why the FCC still seems intent on excusing the behavior of T-Mobile and Sprint, who have been offering these services without a waiver for quite some time. Instead of initiating enforcement action against them, or at least opening an investigation, the agency has effectively invited them to now apply for similar waivers and implied that their prior flaunting of FCC rules will be ignored. This is exactly what we meant when our letter spoke of concerns about asymmetric regulation."

Larry Loeb has written for many of the last century's major "dead tree" computer magazines, having been, among other things, a consulting editor for BYTE magazine and senior editor for the launch of WebWeek. He has written a book on the Secure Electronic Transaction Internet ... View Full Bio
We welcome your comments on this topic on our social media channels, or [contact us directly] with questions about the site.
Comment  |
Email This  |
Print  |
RSS
More Insights
Webcasts
How Elite Analyst Teams are Transforming Security with Cyber Reconnaissance
Strategies for Success with Digital Transformation
More Webcasts
White Papers
How to Prioritize Risk Across the Cyberattack Surface
Managing OTT Content Distribution in the Connected World
More White Papers
Reports
The Future of Multi-Cloud Networking 2020
The Drive for Shift-Left Performance Testing
More Reports

The blog was a good effort for AT&T support . However finally I have to take help from 25dollarsupport.com to resolve my problem . Thanks , it is fixed now. Prompt and well behaved.
Reply  |  Post Message  |  Messages List  |  Start a Board

I guess the point here is to look out for all the users of these devices, not just the majority.

sprint and T-Mobile are just looking after the big chunk of the market, not all of it.
Reply  |  Post Message  |  Messages List  |  Start a Board

I expect Ms. Ham to espouse T-Mobiles viewpoints, being a SVP and all.

But, I dont see her talking about RTT.

I dont see her addressing the hearing impaired community.

I'm not a AT&T partisan. But in this case, I think they went down the right path.

The others didn't. I dont see them even thinking about hearing impaired in anything they say.
Reply  |  Post Message  |  Messages List  |  Start a Board

@larryloeb I see that AT&T considered that T-Mobile had been given the advantage over them.  Kathleen Ham, SVP, Government Affairs for T-Mobile, responded to that T-Mobile addressed AT&T's claim of FCC favoritism here at the CCA show. saying:


"Jim Cicconi likes to say that the Commission is picking winners and losers or favorites with T-Mobile and smaller carriers. I think that's silly. What he calls favoritism, others would call competitive policy.... We're subject to the same regulations they are. Comission has been rigorous in its regulation around wireless."

The FCC linked the waiver to the deployment of the RTT technology.

I would expect that they would grant any future waivers for the same reason.

T-Mobile and Sprint haven't talked about TTY or RTT, probably because they don't havelandlines int he mix like AT&T has.
Reply  |  Post Message  |  Messages List  |  Start a Board

Interesting, are other companies likely to be granted such waivers now?
Reply  |  Post Message  |  Messages List  |  Start a Board
Editors' Choice
Hot Topics