The US Department of Justice on Monday filed a civil lawsuit in Detroit against Volkswagen for allegedly using illegal defeat devices to cheat on emissions tests, in violation of the Clean Air Act.

The agency's complaint, filed on behalf of the Environmental Protection Agency, alleges that almost 600,000 diesel vehicles from Volkswagen and its subsidiaries Audi and Porsche employed defeat devices to misrepresent compliance with emissions requirements.

In September, after the EPA and the California Air Resources Board (CARB) charged that VW and its subsidiaries had used software to manipulate emissions tests, VW acknowledged the deception. CEO Martin Winterkorn resigned as the scandal widened beyond the US. In September, the company's board appointed Matthias Müller, chairman of Porsche AG, to help restore trust in the organization.

The DOJ complaint claims that the company's electronic control module in affected vehicles contains software designed to make engines meet emissions requirements only during test conditions. The software "tracks the parameters of the [federal test procedure] and causes emission control systems to underperform (or fail to perform) when the software determines that the vehicle is not undergoing the [emissions test]," the complaint says. 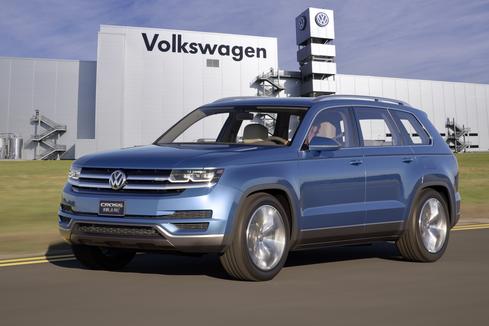 The DOJ notes that the nitrogen oxides (NOx) emitted by combustion engines create pollution linked to respiratory problems and cardiovascular problems that can lead to premature death.

In October, Harvard and MIT researchers published a study in the journal Environmental Research Letters that estimated 59 people will die prematurely as a result of the extra pollution emitted by VW's noncompliant engines. The study also put a price on VW's defeat devices -- health and social costs amounting to $450 million through the end of 2015.

According to the suit, the DOJ may seek penalties of $32,500-$37,500 per affected car sold in the US, which could amount to more than $18 billion. Credit Suisse has reportedly estimated that the scandal could cost VW as much as $87 billion, though VW has dismissed that estimate. As a point of comparison, BP's Deepwater Horizon disaster ended up costing $53.8 billion.

VW has pledged to work with the EPA and CARB to offer a remedy for the emissions scandal and has created a website to keep customers informed about the issue.

Thomas Claburn has been writing about business and technology since 1996, for publications such as New Architect, PC Computing, InformationWeek, Salon, Wired, and Ziff Davis Smart Business. Before that, he worked in film and television, having earned a not particularly useful ... View Full Bio
We welcome your comments on this topic on our social media channels, or [contact us directly] with questions about the site.
Comment  |
Email This  |
Print  |
RSS
More Insights
Webcasts
Enabling a Smooth DX Transformation in the Post-Pandemic New Tomorrow
How Secure is Your Azure Cloud Security Environment?
More Webcasts
White Papers
Get The Key to Cloud Success
Today's Non-Employee Lifecycle Management Without SecZetta
More White Papers
Reports
AI-Augmented Attacks and the Battle of the Algorithms
Annual Threat Intelligence Report: Perspectives and Predictions
More Reports

It seems as though VW is going to have to pay a lot of money for this deception. As I understand it, the company was promising low emissions yet high efficiency for its diesel vehicles. The fact that the deception was across so many models and brands is pretty sigificant, and it appears that the company is now going to have to pay a pretty penny.
Reply  |  Post Message  |  Messages List  |  Start a Board
Editors' Choice
Hot Topics