At TechCrunch Disrupt NY, FCC Chairman Tom Wheeler talked Time Warmer, Comcast, net neutrality, and whether he'll serve under the next president or just play with his grandkids.

Federal Communications Commission Chairman Tom Wheeler took the stage at the TechCrunch Disrupt NY conference in Manhattan this week to express his satisfaction on the failed merger of the cable giants Time Warner and Comcast, as well as his thoughts on net neutrality.

In the interview, which is available in full on the TechCrunch website, Wheeler says Comcast's decision to abandon the merger -- a $45 billion deal -- was a "pretty responsible decision."

"It was a good decision, one, because it would be a long, drawn-out process to challenge our decision, and two, because of the whole attitude of, it's time to move on. Let's move on," Wheeler said.

When referencing net neutrality, Wheeler called the Internet "something very personal to people" and reaffirmed that he feels "pretty confident" in the rules surviving any court challenges.

Following a 3-2 vote in February, where the FCC passed a set of regulations banning broadband Internet service providers from deliberately slowing, blocking, or favoring specific sites and content, two lawsuits challenging the rules were filed by Alamo Broadband from Texas and broadband industry trade organization USTelecom. 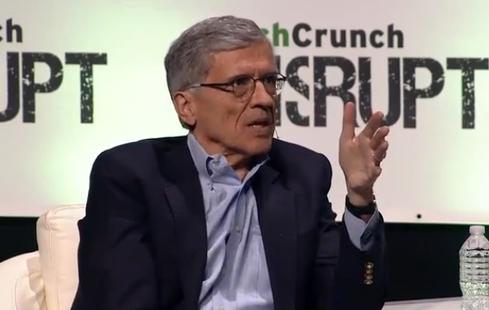 When asked by moderator Alex Wilhelm what his short-term plan was in case a court challenge was successful, Wheeler was blunt.

"Not to lose. That's our short-term plan," he replied.

Those previous posts led to criticism that the Obama administration had hired a wolf to look after the sheep, a concern that was extensively, and hilariously, illustrated by comedian John Oliver in his popular HBO show Last Week Tonight.

"I have a different client today -- the American people," Wheeler told the audience, a statement he has previously used.

[ Read about the fight over net neutrality. ]

This isn't the first time the outspoken Wheeler has expressed his confidence in the perseverance of net neutrality rules. In a March speech at the Moritz College of Law, he also expressed confidence that net neutrality laws would hold up to court challenges brought by telecoms, carriers, and their representatives.

In addition, Wheeler traveled to Spain earlier this year to address concerns about net neutrality at one of the world's largest shows dedicated to wireless technology -- Mobile World Congress. At that show, he told the audience that the 1930s-era Communications Act is still applicable to a 21st century idea, such as the Internet, and that the Internet it is a "telecommunications service."

Wheeler's final comments at the TechCrunch event concerned a question asking if he would be willing to serve in his position for the next president of the US.

"She hasn't asked me," he said, to a round of applause and laughter from the audience.