Free shipping and other offers drive a 12% gain in e-retailers' revenue over 2009, with a week yet to go in the peak buying season, reports ComScore.
W. David Gardner
Contributor
December 13, 2010 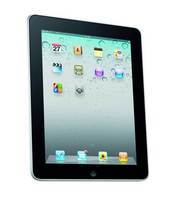 Slideshow: 40 Tech Gifts For The Holiday Season
Online shopping continues to beat the most optimistic predictions, as sales approached $22 billion for the period so far, and consumers are showing no signs of trimming their cyber purchases, according to the latest figures from ComScore.

The online digital metrics market researcher said more than $5 billion in spending was recorded in the week ending Friday, Dec. 10. The figure represented an increase of 11% over the corresponding week last year.

"With more than $5 billion in spending this past week, it's clear that while deal-seeking shoppers may have driven stronger than anticipated spending early in the season, Americans continue to demonstrate a significantly greater willingness to spend online this year than in seasons past," said ComScore chairman Gian Fulgoni in a statement, adding that he expects at least one more day in which the billion dollar spending threshold is surpassed.

While Americans are clearly becoming more comfortable ordering goods online, they also appear to be attracted to the increasing number of promotions offered by online retailers. The most important new promotional feature is free shipping. Walmart.com began a free shipping feature this year and millions of consumers reportedly have taken advantage of the deal.

Amazon is offering free shipping on orders over $25. The company is guaranteeing Dec. 24 delivery for orders placed through Friday, Dec. 17.

Fulgoni said ComScore expects shopping to spike on Friday when many additional online retailers will be offering free shipping. Green Monday, Dec. 13, is also expected to be a big shopping day. EBay coined the Green Monday promotion in 2007 and it has caught on among online retailers and their customers seeking bargains.

"As consumers become more confident in the reliability of expedited shipping that they are willing to buy online later in the season," said Fulgoni. "Several days in the upcoming week are candidates to (be) the heaviest online spending day of the year."

The earliest stretch of the holiday shopping season -- the 40 days beginning Nov. 1 -- have already broken online shopping records, with $21.95 billion spent, representing a 12% gain over the same period last year.