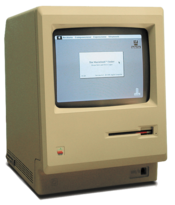 (click image for larger view)
19 Gadgets That Changed The World
The Internet is taking over in rapid-growth markets, mobile devices are fueling social networking, and digital sources have taken over from traditional media, a global study of the world's online population has found.

Digital Life, a survey of 50,000 online users in 46 countries by British research firm TNS, included about 90% of the world's online population, according to the research firm.

"The Internet is a huge part of life in the 21st century, but how it affects our lives varies depending upon where in the world you live. We've seen that in mature markets where people have been online for years and where access is ubiquitous, the Internet has already become a commoditized item that consumers take for granted," said Matthew Froggatt, chief developer officer at TNS. "However, in rapid-growth markets that have seen recent, sustained investment in infrastructure, users are embracing these new channels in much more active ways. The digital world is transforming how they live, develop, and interact and online consumers in these markets are leaving those in the developed world behind in terms of being active online and engaging in new forms of communications."

In terms of rapid-growth markets, 56% of users in Egypt and 54% of users in China are engaged in digital activities compared with 20% in Japan, 25% in Denmark, and 26% in Finland, TNS found, despite the more advanced Internet infrastructures found in Japan and the Nordic nations. Likewise, 88% of online users in China and 51% of those in Brazil had written a blog or forum entry, compared with only 32% in the United States, the report found.

"The Internet has also become the default option for photo sharing among online users in rapid growth markets, particularly in Asia," according to TNS. "The number of online consumers who have ever uploaded photos to social networks or photo sharing sites is 92% in Thailand, 88% in Malaysia, and 87% in Vietnam, whilst developed markets are more conservative. Less than a third of online consumers in Japan (28%) and under half of those in Germany (48%) have uploaded photos to such sites."

Rapid-growth nations also are more likely to use social media instead of email. In Malaysia, users spend 9 hours per week on social networking; in Russia, they spend 8.1 hours a week; and in Turkey, they are on social networking sites 7.7 hours weekly, TNS reported. On average, users in rapid growth markets spend 5.2 hours weekly on social media sites such as Facebook and LinkedIn, compared with 4 hours a week on email, according to the study.

Whether they are checking in via PC or smartphone, more people are going to the Internet for news: In fact, 61% of online users visit digital sources daily as their top media channel, compared with 54% for television, 36% for radio, and 32% for newspapers, the study said.