Otoy, a 3D graphics technology company, this week said it had decided to keep its ORBX and OctaneCloud Amazon Machine Images (AMIs) free, due to unexpected demand. If that demand can be sustained, Otoy could succeed where game streaming service OnLive failed.

AMIs are software packages that can boot an Amazon EC2 instance. Otoy's AMIs allow 3D graphics to be rendered rapidly with the help of a GPU. In conjunction with ORBX.js, a JavaScript framework for streaming traditional applications from cloud-based servers, these AMIs enable Amazon Web Services customers to stream sophisticated 3D graphics applications such as Autodesk Maya, high-quality Hollywood movies, or graphically demanding 3D games to a Web browser without the need for plug-ins, video codecs, or other client-side software.

Otoy began offering its ORBX and OctaneCloud AMIs for free in November, with the intention of raising the price to $99 shortly thereafter. But Otoy founder and CEO Jules Urbach said in a phone interview that more than 500 customers tried the service out in the first month, enough that Amazon took notice. In consultation with Amazon and Mozilla (both of which benefit from having Otoy's technology as a free video delivery option) Otoy decided to keep its AMIs free in order to encourage developer adoption. The graphics company still intends to charge for usage of its Octane Render software.

[Does this qualify as a digital disruptive technology? Read Digital Disruption: 4 Ways To Change Your Company.]

Urbach says his company's goal is to provide a royalty-free platform for streaming applications, games, and videos to Web browsers. He readily acknowledges that OnLive tried something similar but fell short.

"People will say OnLive tried this and it didn't work," he said, pointing to problems like high network latency. "Latency is always an issue and I think the name of the game will be getting the required latency." 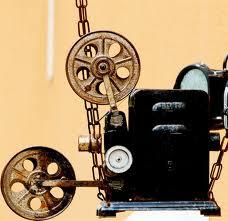 Urbach says that many major content publishers have been kicking ORBX.js's tires. It's not hard to see why. ORBX.js can encode and decode video at about the same quality as H.264 using only JavaScript, without H.264 licensing fees.

Brendan Eich, Mozilla's CTO, the creator of JavaScript and a member of Otoy's board, said he hopes Otoy's technology will help end the practice of "burning video codecs into hardware." H.264 is supported in Apple's hardware in part because Apple is a member of the MPEG-LA patent consortium that oversees H.264.

The ORBX.js code, says Urbach, will eventually be released as open source. While there's no official timeline for doing so, the goal is to have an open-source release on GitHub by the summer of 2014.