Google has released an update to its Chrome browser that tinkers with Flash to help save battery life in laptops. The company also is offering a new search tool for Android devices.

Google this week wrought changes to its Chrome browser in the interest of saving the lives of laptop batteries all around the world. It also added a nifty tool to Chrome for Android that acts like an instant search tool for highlighted text.

Chrome is generally a good browser, but it is a known resource hog. It's not uncommon to see laptop battery life nosedive when using Chrome to surf the Web when compared to Safari, Opera, or Firefox. Google is finally owning up to this negative characteristic and taking steps to abate the problem.

To start, Google is sort of blaming Adobe's Flash technology, which is used to create rich content. Flash, says Google, "can put a squeeze on your laptop's battery." Google partnered with Adobe to see if they could strike a balance between great content and resource management, and they think they have it figured out. 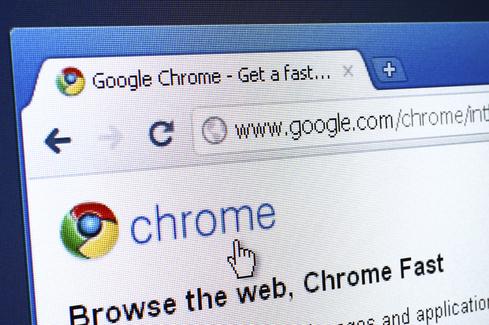 "When you're on a web page that runs Flash, we'll intelligently pause content (like Flash animations) that aren't central to the Web page, while keeping central content (like a video) playing without interruption," explained Google. "If we accidentally pause something you were interested in, you can just click it to resume playback. This update significantly reduces power consumption, allowing you to surf the web longer before having to hunt for a power outlet."

Google didn't explain how pausing Flash helps save battery life, so we're going to have to take the company at its word.

Google is making the change available in the latest build of Chrome Beta, which is available today. Google expects to push the new version to all Chrome users in the near future.

Google Now On Tap is one of coolest features being added to Android M. Most people will have to wait until the fall months for Now On Tap to reach their smartphones, but Google is offering a stand-in feature called Touch to Search.

[Read about the five best features of Android M.]

Some Android users have noticed a new feature that lets them highlight text within Chrome and view search results without leaving the Web page, according to Android Central. The feature is rolling out in limited fashion to the 2014 Motorola Moto X smartphone and is being pushed out directly by Google.

Touch to Search "sends the selected word and the current page as context to Google Search," explained Google in a screen prompt. Users can turn it off if they wish. Basically, anytime users highlight text on a Web site, Chrome will automatically perform a Google search for that text and display the results on the screen.

Touch to Search isn't quite as powerful as Now On Tap, which brings up contextually search results automatically, but it's a neat little feature to have until Now On Tap arrives later this year.

Eric is a freelance writer for InformationWeek specializing in mobile technologies. View Full Bio
We welcome your comments on this topic on our social media channels, or [contact us directly] with questions about the site.
Comment  |
Email This  |
Print  |
RSS
More Insights
Webcasts
Zero Trust for a Work-From Home World
People Are The Most Important Part of Autonomous SOC
More Webcasts
White Papers
Why Add Security to Your Skill Set and How to Do It
451 Cloud Confidence Report
More White Papers
Reports
Accelerate Threat Resolutions with DNS
Protection Strategies for a Cyber-Resilient Organization
More Reports