Microsoft is being more open and transparent with customers with Windows 10. Take a look at some of the most appealing features in the upcoming OS. 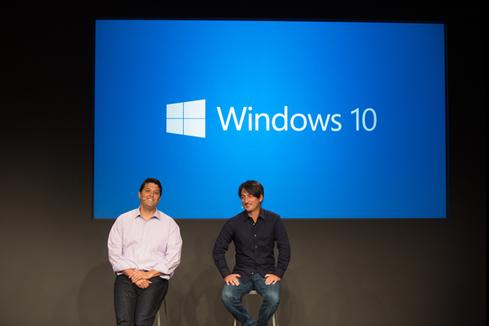 Michael Endler joined InformationWeek as an associate editor in 2012. He previously worked in talent representation in the entertainment industry, as a freelance copywriter and photojournalist, and as a teacher. Michael earned a BA in English from Stanford University in 2005 ... View Full Bio
We welcome your comments on this topic on our social media channels, or [contact us directly] with questions about the site.
Comment  |
Email This  |
Print  |
RSS
More Insights
Webcasts
Cybersecurity Risk Management
Advancing the Hybrid Cloud & App Modernization Journey with IBM
More Webcasts
White Papers
Annual Cybercrime Report
The Five Major Security Pitfalls of WFH and How to Solve Them
More White Papers
Reports
We Need Your Input: Trends in Workforce Optimization
Are Unprotected Cloud Databases Leaking Your Data?
More Reports
Copyright © 2021 UBM Electronics, A UBM company, All rights reserved. Privacy Policy | Terms of Service