White House and agency IT leaders discuss how open source can empower government IT project teams, at FOSE conference in Washington, D.C.

Government executives may have doubts about using open source software, but they could learn a few management lessons from those who live and work in the open source development community, a group of federal IT leaders said this week.

"It's not about code, but the process of making a product [that distinguishes open source software development from the traditional waterfall approach]," said Matthew Burton, former acting CIO at the Consumer Financial Protection Bureau. "You can do open source practices without having to share code."

[There's a religious war between the defenders of open-source and commercial product supporters. Learn why: Open-Source Vs. Commercial Software Is A False Dilemma.]

As one of the executives who took part in the launch the Consumer Financial Protection Bureau, Burton offered three lessons that even dedicated commercial-off-the-shelf (COTS) users could take away from open source development practices and apply on the job:

1. Get your products in the hands of actual users -- releasing improvements early and often.
"The open source environment tends to focus on everything that happens after the launch, whereas most enterprises focus on everything ahead of the launch," Burton said. Instead of waiting for a product owner or manager to approve and release large batches of updates, he advised, get feedback from users right away on a specific feature or enhancement. The interaction identifies problems sooner and speeds decision making. 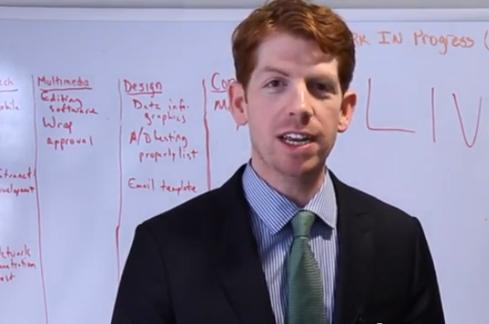 2. Use more products at a lower cost.
In enterprises there's a tendency to think one product will solve all the problems, but that leads to massive projects that can consume all of your project funds without your knowing if the product will ultimately work. Burton pointed out. Better to spread the money into smaller projects -- and consider open source software that can usually be customized less expensively than mammoth software installations.

3. Build for other developers in addition to actual users.
"If you're an open source coder, your hope is that others will improve your product. In an enterprise, working with proprietary software, there's not the same incentive," Burton said. But as leaders turn over and new developers arrive, providing thoughtful documentation can help preserve the value and legacy of your work.

"Traditional waterfall software development leads to low visibility and management by email," Balter said. "The always-available, asynchronous, and lock-free nature of open source projects offers a useful model for working in tight-budget environments." Workflow constraints, he added, can teach us a lot about working in a more collaborative world.

"What do you do when your agency is just hell-bent on using COTS software?" an Interior Department employee in the audience asked the panelists. He expressed the frustration he and his team experienced after providing a cost/benefit analysis that showed how in-house, open source development was the better business decision over a COTS integration.

Meyer pointed to a new resource that could help federal open source advocates: a website called GovCode that indexes government open source projects and offers links to open source software code and the developers working on them. The projects are all hosted on GitHub. One example is the White House iOS mobile app code that fetches, caches, and displays articles, photos, and live and on-demand video from multiple sources.

If there's one other reason for considering open source practices in the government workplace, added Zapanta, who advised the Clinton and Obama campaigns and is a founding member of CFPB's technology and innovation team, it's the signal it sends to prospective employees coming out of top engineering and technology schools.

"If you're at Berkley or Carnegie Mellon and you drop the fact that you work on SharePoint or dot.net, their eyes glaze over," he said. "We want people working on projects in government. Drop [open source application] names like Ruby on Rails and Python, and you'll get their interest."

Wyatt Kash is a former Editor of InformationWeek Government, and currently VP for Content Strategy at ScoopMedia. He has covered government IT and technology trends since 2004, as Editor-in-Chief of Government Computer News and Defense Systems (owned by The Washington Post ... View Full Bio
We welcome your comments on this topic on our social media channels, or [contact us directly] with questions about the site.
Comment  |
Email This  |
Print  |
RSS
More Insights
Webcasts
Monitoring the Invisible - Digital Experiences in a Zero Trust World
Leveraging Infrastructure as Code to Streamline Security & Operations
More Webcasts
White Papers
Incident Readiness and Building Response Playbook
How Secure Are Your Endpoints?
More White Papers
Reports
State of the Intelligent Information Management Industry in 2021
The State of Malware Threats
More Reports

Gary EL - Sad but true.  Working for the government was always pretty much a commitment to a marathon; the promise at the end was a pretty sweet pension prize --  for those wiling to stick it out. But for newcomers, a government job (if they're lucky) is a chance to add some potentially attractive credentials to your resume, but longer term, it's hard not to see a punishing road ahead on which to build a career. Thank goodness we still have so many willing to serve their country inspite of that.
Reply  |  Post Message  |  Messages List  |  Start a Board

Gary_EL, one challenge I see as well, is that open source projects rely to a certain extent on the willingness of participants to go the extra mile to work together and contribute.  But that kind of spirit (like capital) tends to move to where it's welcome, and government has become a decidely less welcome place to work.

The outlook for attracting the next generation of talent might not look very promising for the federal government these days, given federal budget cuts and a host of other reasons.  But it is encouraging to the see energy, creativity and passion reflected in the four individuals who discussed this topic at FOSE this week: @Erie Meyer; @BenBalter; @matthewburton; @victorzapanta.
Reply  |  Post Message  |  Messages List  |  Start a Board
InformationWeek Is Getting an Upgrade!