The DevOps landscape continues to change as open core models rise in the open source market.

Consolidation among players and changing views on open source are poised to bring change to DevOps.

Developer GitLab is navigating this evolving market while planning its own next moves with an application it says accelerates the DevOps lifecycle. The company previously shared some insight with InformationWeek on cloud-native app development strategy. This time CEO Sid Sijbrandij spoke about the dynamics of open core, which could reshape the open source market. Open core is a business model that typically monetizes features built around commercially released open source software. Sijbrandij offered some of his perspectives on open source, open core, and DevOps as GitLab moves closer to an IPO planned for November 2020.

How has GitLab grown of late?

“This calendar year we’re expecting to grow from over 400 people to over 1,000 working at the company. That’s not including 2,000 people that contribute part time. The ambition of GitLab is to be the single application to the DevOps lifecycle, all the way from planning what you want to do to, to rolling it out, monitoring and securing it.

How does open core fit in with your strategy?

“For now, we’re sticking with our open core model. Open core means part of it is legitimately open source. We’re not doing any of the noncompete licenses that some other companies are doing. I can understand their need for it. We think we’re a bit more resistant to a fork and can commoditize because people who use GitLab use our user interface and it’s more complex to replicate a user interface than an API. It has more fidelity to it. 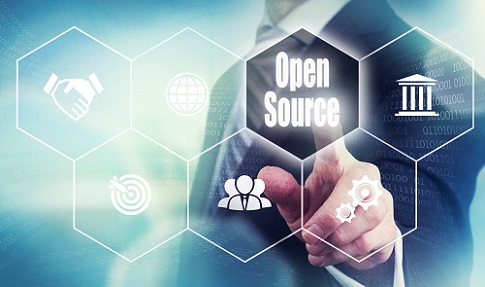 “We don’t have specific things that are open and closed. We try to be buyer-based. The features that an individual contributor wants should always be open source. The features that an executive wants, those are in our highest paid plan. If people want to contribute back, most likely those features are already open source. It is not always the case. People who are interested tend to have the budget to acquire the product they want.

How is the cloud transformation movement affecting you?

“We see a lot of companies wanting to become more cloud native and it’s a whole toolset they have to embrace. We try to give them that whole toolset that works out of the box. With GitLab, you can now go serverless. You attach a Kubernetes cluster and you deploy to it. That’s where we see the world going. Kubernetes is becoming the new abstraction layer across cloud services. Google Anthos is a great example of that.

“GitLab builds on that abstraction layer; we’re building on top of Kubernetes. We’re not a replacement. Kubernetes is not something you want to interface with yourself. You don’t want to be editing files; you just want to push your code. GitLab makes sure it’s built, your tests are run, your code quality is checked, your performance is checked, and you get a preview of what it’s going to look like. All the monitoring is hooked in. Because it’s all in a single application, it’s a lot easier for us to deliver. 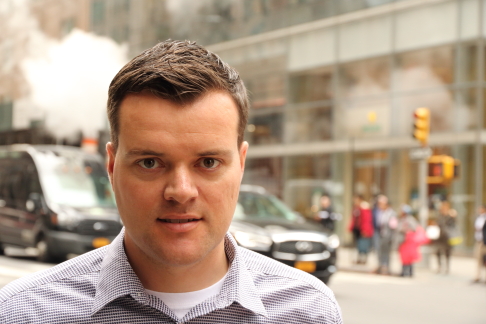 Are we starting to see clearly defined trends in DevOps regarding how organizations proceed?

“I think the DevOps market is starting to shake out a bit. It’s become clear which parts you need, and different players are establishing their own stack. You have Microsoft, which acquired GitHub and it’s under the same leaderships as Azure DevOps. You had JFrog, the creator of Artifactory platform for DevOps, acquire Shippable, a CI [continuous integration] player. This month you had CloudBees acquire Electric Cloud.

“They are coming together because customers have like 20 different tools and they tend to do this integration themselves but it’s a lot work. If you have 20 tools, it’s not 20 integrations — it’s about 50 integrations. Most large organizations have between 50 and 100 people working on keeping that afloat but its undifferentiated heavy-lifting. With GitLab, they can share that burden with a lot more organizations. They tend to keep 90% of the people focused on stuff that adds value to the business. About 10% of them become contributors to GitLab so they can add a feature they want with a quick turnaround. For the most functionality, they can use the same stuff that 100,000 other organizations use.

Do you see the open core model as something the rest of the open source arena will gravitate to? Could this monetization path drive open source forward?

“It’s hard to predict. We’ve seen an evolution. We used to be completely proprietary and on the other hand there was Copyleft as the complete opposite, licenses that some people call viral, open source. Then the next wave, where we went from Copyleft to more of the MIT licenses that had the opensource ethos in it. Now you see the noncompete licenses where it’s not open source, it is proprietary software and you can use it for free as long as you’re not competing with Confluent and the other players.

"From both extremes, we’re starting to get closer. I’m not sure if we’ll find another middle ground, if it will be open core, or what will happen with these noncompete license -- whether they will spread, and more companies will embrace them. I understand why companies are doing noncompete licenses and I also understand why AWS is saying they will fork and commoditize an open core project."

Joao-Pierre S. Ruth has spent his career immersed in business and technology journalism first covering local industries in New Jersey, later as the New York editor for Xconomy delving into the city's tech startup community, and then as a freelancer for such outlets as ... View Full Bio
We welcome your comments on this topic on our social media channels, or [contact us directly] with questions about the site.
Comment  |
Email This  |
Print  |
RSS
More Insights
Webcasts
Making XDR Work in Your Enterprise - May 12
Multi-Cloud Data Management for Modern Applications
More Webcasts
White Papers
New Cybersecurity Paradigm
World Wide Technology: Digital Transformation Customer Journey
More White Papers
Reports
Intelligent Outcomes Are Key to Business Resilience
The State of CCPA 2021
More Reports