Docker acquired startup SocketPlane to enhance the networking capabilities of its containers.

Docker has acquired startup SocketPlane, which is developing technology to bring software-defined networking to Docker containers.

"We had a simple, first-generation network stack," said Scott Johnston, senior vice president of product at Docker, in an interview with InformationWeek. This was sufficient for developers running a few containers on a laptop or in a test environment.

But as Docker’s popularity has grown, applications can run on hundreds or thousands of containers across multiple hosts in a data center.

"We need the open source network DNA inside the company to guide the community to a next-generation API to address the scaling challenges and ephemeral nature of containers," said Johnston.

SocketPlane sets up network overlays to create a virtual network by using Open vSwitch to build VXLAN tunnels to connect Docker containers. Each container gets an IP address that stays with the container regardless of where it migrates.

According to Johnston, each physical host will have a container that runs Open vSwitch and will serve as a distributed controller for the virtual network.

Johnston noted that SocketPlane won't be the exclusive mechanism for linking Docker containers. Networking companies such as Cisco and VMware, and other open source projects such as Weave, can use an API developed by SocketPlane to link in their own networking stacks.

"We're not buying SocketPlane to compete with others in the community," said Johnston. "We want the expertise to guide the community in the development of this open networking API." 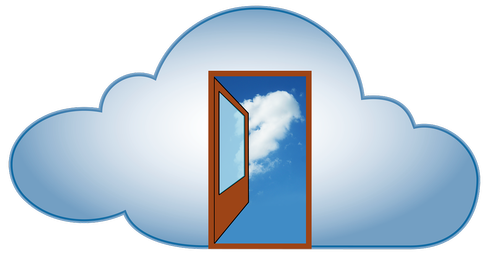 We asked Johnston why the company didn't go with a project such as Neutron, which provides an API for networking in OpenStack. He said the scale and dynamic nature of containers and microservices creates new networking challenges. The design point for OpenStack is a virtual machine. Applications running on VMs may only need tens or a few hundred VMs to interconnect.

"In the world of containers, we see hundreds or thousands of containers making up an application," said Johnston. "When you stand up a VM, you stand it up for weeks or months. Containers may live for a minute, or move to a new host. The ephemeral nature of containers in a distributed app [is] different."

For more information on SocketPlane, Ryan Waller's blog Au Courant Technology has a detailed post on setting up a simple SocketPlane network connection.

Johnston declined to provide financial details of the deal, but did say that the company will bring all of SocketPlane's six-person team on board. SocketPlane was founded in October 2014 and is backed by LightSpeed Ventures.

Drew is formerly editor of Network Computing and currently director of content and community for Interop. View Full Bio
We welcome your comments on this topic on our social media channels, or [contact us directly] with questions about the site.
Comment  |
Email This  |
Print  |
RSS
More Insights
Webcasts
Protecting Your Enterprise's Intellectual Property
Strategies for Success with Digital Transformation
More Webcasts
White Papers
Passwordless: The Future of Authentication
All In, Online Gaming & Gambling
More White Papers
Reports
Annual Global State of the WAN
The ROI Of SD-WAN: Not Just A Numbers Game
More Reports

@Joe I may be getting in over my head here, but in talking with Docker it seems like they felt the default networking stack in Docker was fine for developers, but as the number of containers that need to communicate to run an application scale up, they wanted something more robust. Open vSwitch, which is an open source product, brings a lot to table, in particular OVSDB, which tracks network state and can link in w/ orchestration systems to enable more automation.
Reply  |  Post Message  |  Messages List  |  Start a Board

It's good to see more container-managing tools getting out there.  I'm a bit confused about leveraging Open vSwitch to access them, though...as I rather thought part of the appeal of containers was as an outright alternative to the vSwitch.
Reply  |  Post Message  |  Messages List  |  Start a Board
Editors' Choice
Hot Topics