IoT analytics will go from experimental to mainstream in 2018, and a few new vendors are getting into the game. Here's why it makes sense now.

Implementing an Internet of Things (IoT) program isn't exactly like flipping a switch. There's a lot involved, from sensors where the data is initially collected to the network the data travels to the analytics systems that figure out what it all means. So while we've all been talking about IoT for a few years now, it's still considered an emerging technology. But that might be about to change.

Forrester Research has predicted that 2018 is the year that IoT will move from experimentation to business scale. 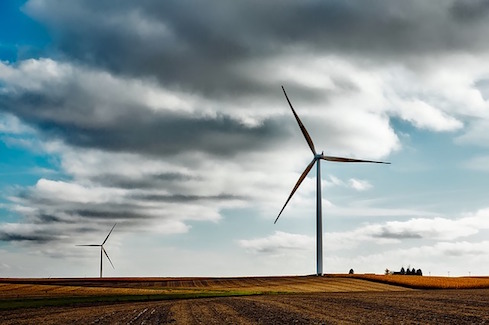 Heeding the call, a few analytics vendors are getting on the bandwagon with formal divisions or product offerings.  For instance, in January, SAS announced a new IoT division. And this week Splunk announced its first technology specifically for the IoT market, Splunk Industrial Asset Intelligence. The solution is designed to help organizations in manufacturing, oil and gas, transportation, energy and utilities, to monitor and analyze industrial IoT data in real time to create a simple view of complex industrial systems while helping to minimize asset downtime, according to the company's formal announcement.

As a specialist in machine data analytics, IoT was a natural extension for Splunk. IDC Analyst and Program VP Maureen Fleming told InformationWeek in an interview that it is also something Splunk's customers have been requesting. Those customers were already trying to solve some of their IoT challenges using Splunk's existing offerings, she told me. The existing customer need, along with Splunk's existing expertise in machine data analytics really converged to drive Splunk's IoT launch right now, Fleming said.

One of those customers is Australia's Infigen Energy which develops, owns, and operates wind farms to power businesses in the country. Information and Application Architect Victor Sanchez told InformationWeek that Splunk IAI has made it easier to troubleshoot issues with the Infigen's legacy automated SCADA control system.

The company first deployed Splunk Enterprise in a pilot in 2014, and since then the system has evolved from simple monitoring to a platform for ingesting data from all the company's turbines and other equipment. Now Infigen is starting to build its first machine learning models and correlating more data from different levels of the business, from technical to operational, Sanchez said.

Infigen's implementation uses a translation box deploying Kepware with Splunk's Industrial Data forwarder enable the ingestion of industrial data into Splunk. Sanchez said the company is expanding the size of its on-premises distributed Splunk cluster to future-proof the system and prevent bottlenecks.

The system has provided better visibility of this key data to all employees. The company also uses the mobile Splunk app to enable alerts and data access on the go.

Seema Haji joined Splunk about 10 months ago to help the company launch the technology as director of product marketing for IoT and business analytics. She told InformationWeek in an interview that many of Splunk's existing customers have been looking for a way to work with their IoT data. Many had been using Excel to bring data in and analyze it. Splunk has set these customers up with a limited availability version of the new IoT analytics offering.

While the market for IoT is still emerging, several established vendors are building out analytics capabilities to capture demand now including Microsoft, IBM, GE, and Amazon, Fleming said, along with a number of startups such as C3 IoT and Uptake. One of the challenges for companies like SAS and Splunk that are getting into the market right now is that there is plenty of competition already. Fleming said that one advantage of Splunk's first IoT offering is that it is a relatively low-code solution. You don't need to be a data scientist to work with it. That's why all of Infigen's employees have access to and can use the platform.

"Customer companies don't want to invest in a lot of data scientists to get the initial value out of the platform," Fleming told me. "The low-code approach is really important."

Jessica Davis is a Senior Editor at InformationWeek. She covers enterprise IT leadership, careers, artificial intelligence, data and analytics, and enterprise software. She has spent a career covering the intersection of business and technology. Follow her on twitter: ... View Full Bio
We welcome your comments on this topic on our social media channels, or [contact us directly] with questions about the site.
Comment  |
Email This  |
Print  |
RSS
More Insights
Webcasts
Bolstering Your Enterprise Cyber Risk Assessment
Monitoring Critical Cloud Workloads
More Webcasts
White Papers
Research from STL Partners and Vertiv Reveals Why Telcos Should Prioritize Efficiency and Sustainability in 5G Network
Cloud Security Blueprint: Architectures and Solutions
More White Papers
Reports
The State of Malware Threats
Dark Reading Report: Battle for the Endpoint
More Reports