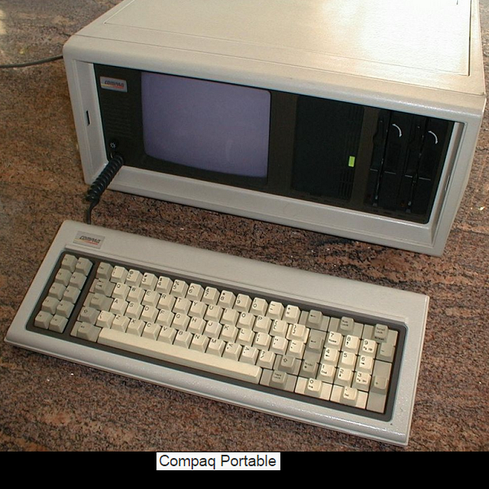 PC clone
Today's Windows PC dates back to the original IBM PC, which debuted more than three decades ago in 1981. Microsoft made one of three versions of the Disk Operating System (DOS) for Big Blue's beige PC; Intel provided the 8086 microprocessor. In a shortsighted move, IBM allowed Microsoft to sell its own version of DOS to other hardware makers. The result: A market of IBM-compatible computers, or "PC clones," quickly sprang up. By the mid-80s, Microsoft and Intel had wrestled control of the PC platform from IBM, and the term "Wintel PC" supplanted "PC clone" in the 90s. As for IBM, it continued making PCs until it sold its personal computer division to Lenovo in 2005.

I can't think of anything on this list that it would be important for millenials to know. For what purpose? (Other than communicating with geezers)
Reply  |  Post Message  |  Messages List  |  Start a Board

Now I feel old. The only technology I never encountered was punch cards.
Reply  |  Post Message  |  Messages List  |  Start a Board

CompuServe is a great example of a term that will prompt blank stares. We didn't even get into classic electronic games here: I felt really old the day I mentioned Simon and Merlin and one of the reporters on our team had never heard of either one.
Reply  |  Post Message  |  Messages List  |  Start a Board
InformationWeek Is Getting an Upgrade!