5 Workplace 'Time-Wasters': Worth The Time? - InformationWeek

15 comments
Comment Now
Studies show that activities long considered by managers to be time-wasters at work may actually boost your productivity. How many of these are part of your workday?

Drinking On The Job 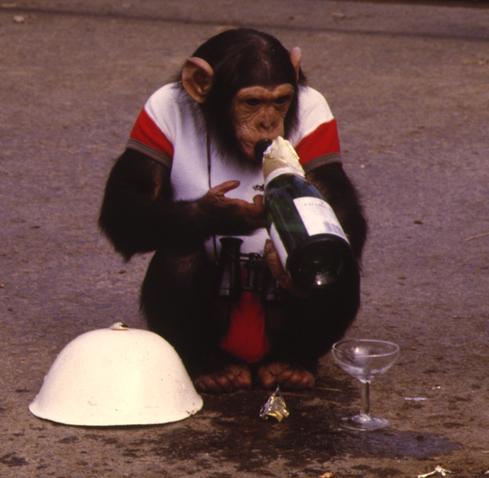 Conjuring up images of three-Martini lunches like those favored by TV characters Don Draper or J.R. Ewing, on-the-job drinking has shed its stigma and is making something of a comeback. Facebook and Google, for instance, are known for openly allowing beer drinking at work. Major marketing firms freely let the libations flow at the workplace to encourage collaboration while justifying longer workdays. Some small startups host "happy hours," where employees and friends of the company can meet up to unwind, strengthen their bonds, and make new connections, all of which may eventually lead the company to new growth opportunities. In the old days, we called this networking.

To add to your comment, when taking small breaks, one very important aspect to consider is ethics and culture.

I personally consider drinking during work hours very unethical, but in some countries is seen as normal.

And regarding your question...yes, people do actually gather around the water cooler (I didn't belive it myself until I was actually in one :)
Reply  |  Post Message  |  Messages List  |  Start a Board

I think the way we manage our time is very much in tune with the way we're wired. Some folks can be very strict at managing there time and not need breaks in-between.  Other's don't need any type of readjustment to focus on tasks, and others (like me) do need an eventual small break (5 - 10 min at the most) every once and a while.
Reply  |  Post Message  |  Messages List  |  Start a Board

I agree... I have a rule of thumb that for every 50 min of straight non-stop work to take a 5 - 10 min breather regarding the task at hands. The break is simple things, like simply getting up and fetching some water/coffee, or doing a drive by at a co-workers desk for a quick follow up conversation.

What this allows is to avoid fatigue, since I strongly consider that a mistake made that goes unnoticed is far more detremental than simply trying to crank out as much work as possible.

There are many tasks that require our full attention, so avoiding fatigue is essential to assure a quality deliverable.
Reply  |  Post Message  |  Messages List  |  Start a Board

I am not guilty of the "time wasters." Maybe I am too much of a square. I think I should pick up at least 1 or 2 of these time wasters, in which it will make my work day more enjoyable.
Reply  |  Post Message  |  Messages List  |  Start a Board

I always believed in a bit of goof off time at work. I knew I thrived at places that didn't make a big deal of me oohing and ahhing over the latest baby pics or talking a post lunch walk or checking a couple of websites. AAnd I knew I felt about as valued as a 3 cent widgit when a manager barked at me for taking more than ten seconds out of my workday to talk to cubicle mates that I wasn't working with at the time. Allowing both networking time and personal time while at the office help us reboot internally and get ready for next office challenge.
Reply  |  Post Message  |  Messages List  |  Start a Board

I've also found that getting away from a screen boosts productivity. After reading for awhile, a break is much needed! You're right, people just aren't meant to sit for that long.
Reply  |  Post Message  |  Messages List  |  Start a Board

I agree with website browsing, or playing games, or how about reading a book or newspaper? I don't know about drinking though. Any time I ever went out for lunch and had a few, I was pretty useless for the rest of the day! Do people actually gather around the water cooler?
Reply  |  Post Message  |  Messages List  |  Start a Board

For me taking a break from looking at the screen and standing up once is a while is the best activity.  People haven't been made to sit for hours looking at a screen.   At my previous employment, I would a 10 minute walk or catch up with a friend.  Afterwards, i will feel refresh and ready to go to work.
Reply  |  Post Message  |  Messages List  |  Start a Board

I'm pretty guilty of procrastinating. If there's something I can be doing other than the big project I'm working on, I find it very easy to do that instead.

Still, the best way to combat it I've found is to know your weaknesses. Check Facebook too much? Add a browser extension that limits the time you can spend on it. Find yourself playing games too often? Block those sites until after work is done.

While I don't think I'll ever become the work machine I'm sure I could be, by being honest with myself about how much time I actually waste, I've become a lot more productive. Hopefully I can keep it up.
Reply  |  Post Message  |  Messages List  |  Start a Board
Page 1 / 2   >   >>
Editors' Choice
Hot Topics