Apple is serious about entering the auto market. Here's our less-than-serious take on what the press release might look like announcing this magical vehicle.

Apple plans to enter the automotive industry. According to Bloomberg, Apple aims to start selling cars in 2020. The company is said to have hundreds of people working to develop a car, many of whom have deep automotive engineering expertise. The company also has reportedly made aggressive hiring offers to employees at Tesla Motors.

Apple is being sued by A123 Systems LLC, a battery technology company based in Waltham, Mass., because it hired five of the company's employees. Batteries are a critical component in electric cars, and are becoming more important for general energy storage.

It would be easy to make fun of Apple for its ambition. The Onion has already done so. One only need recall Apple's iOS Maps fiasco in 2012 or Steve Jobs's 2010 advice to an iPhone 4 owner who complained about the device's reception when held ("Just avoid holding it in that way.") to realize that the Apple Car has comedic potential.

But it would be more interesting to imagine an Apple Car that could really change the industry. With something like $178 billion in cash, Apple could afford to buy the entire US auto industry if it wanted -- Chrysler, Ford, GM, and Tesla. It could certainly afford to make a credible splash in the auto industry.

Whether it will or not isn't certain. But considering how cars have become mobile technology platforms, not to mention potential electric vehicle subsidies, the economic and political advantages of deepening Apple's commitment to US-based manufacturing, or the need to find growth opportunities for an already huge company, it has plenty of reasons to get serious about auto manufacturing.

So here's a glimpse of the future. Having seen enough Apple press releases in our lifetime, we present to you the (unofficial) announcement we imagine will be created someday for Apple Car.

Assembled at Apple's Mesa, Ariz., production facility, the PowerDrive Engine is Apple's most revolutionary technology since the Apple Watch™. PowerDrive is a fully sealed, modular electric engine and 100 kWh battery array. Rated at 700 horsepower, it is designed to operate with minimal maintenance, and comes with a 10-year, infinite mileage parts-and-labor warranty. The expected range of Apple Car exceeds 350 miles on a full charge.

"Apple introduced the world to several category-defining products, the Mac, iPod, iPhone iPad, Apple Watch, and Apple Home," said Tim Cook, Apple's CEO. "And once again, Apple is poised to captivate the world with a revolutionary product that can enrich people's lives and keep them safe. It's the most ambitious product we've ever made." 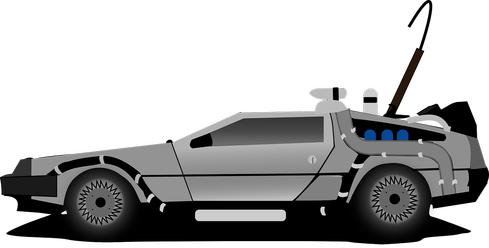 Engineered for unmatched beauty, efficiency, integrity, and environmental impact, Apple Car has been built with the most advanced materials science in the industry. The Apple Car and Apple Car Sport have been sculpted from graphene-reinforced aluminum of unsurpassed strength and durability. The Apple Car Executive adds a layer of synthetic polymer that allows the vehicle to self-heal from minor dents and abrasions.

"With Apple Car, we've developed multiple technologies and an entirely new control system specifically for a device that's designed to be driven. It blurs the boundary between art and engineering," said Jony Ive, Apple's senior vice president of Design. "It will transform transportation."

Apple Car features a dynamic collision avoidance system, Apple Vision™, developed at the Apple's Vicarious Systems research center. The technology allows Apple Car to anticipate potential collisions with moving and stationary objects and to notify the driver or intervene in case of emergency. Apple Car includes driver and passenger Apple Proactive Air Bags™, designed to inflate when a collision is imminent, instead of after an impact.

Apple LifeLine™ is one of the Apple Mobile Services that will be available next month. It provides continuous monitoring of vehicle status and of driver and passenger vital signs, in order to send emergency notifications and to initiate urgent response procedures during an adverse event. For example, in the event of sudden driver incapacitation, an Apple Car with LifeLine would contact Apple Care Central on behalf of the driver and either initiate an automated braking maneuver or turn control of the vehicle over to a remote Apple specialist.

"At Apple, the well-being of our customers is our primary concern," said Steve Zadesky, Apple's vice president of Automotive Design. "We've made Apple Car more aware than any other car on the road. We think our customers are going to love it."

In October, Apple will release an update to AOS 3 SDK beta that includes DriveKit, software that gives developers a set of tools to create experiences for the Apple Car easily, without compromising the security of critical vehicle systems.

Thomas Claburn has been writing about business and technology since 1996, for publications such as New Architect, PC Computing, InformationWeek, Salon, Wired, and Ziff Davis Smart Business. Before that, he worked in film and television, having earned a not particularly useful ... View Full Bio
We welcome your comments on this topic on our social media channels, or [contact us directly] with questions about the site.
Comment  |
Email This  |
Print  |
RSS
More Insights
Webcasts
Making XDR Work in Your Enterprise - May 12
Multi-Cloud Data Management for Modern Applications
More Webcasts
White Papers
Annual Cybercrime Report - Cybersecurity Ventures
The Microsoft Teams Telephony User Experience
More White Papers
Reports
The InformationWeek 2021 State of ITOps and SecOps Report
The Infoblox Q4 2020 Cyberthreat Intelligence Report
More Reports
Copyright © 2021 UBM Electronics, A UBM company, All rights reserved. Privacy Policy | Terms of Service