What Android apps really shine on tablets? Take a look at a few of our favorites.
Jeff Bertolucci
Contributor
February 21, 2013 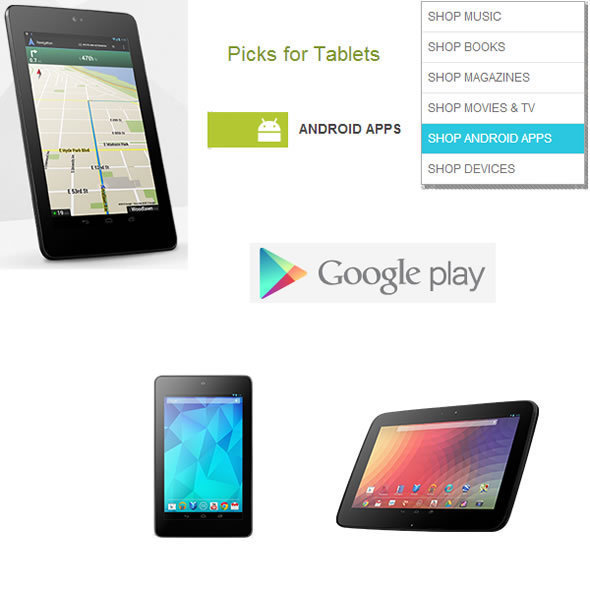 After a sluggish start, Android tablet sales are expected to boom this year. Google isn't talking numbers, but mobile industry analyst Benedict Evans estimates the company has sold about 4.8 million Nexus 7 tablets since launching the device in the third quarter of last year.

And as tablet sales rise, apps are sure to follow.

What makes a great tablet app? Start with an interface optimized for larger screens, obviously, as well as new content and features that aren't really feasible on smartphone displays. (For more specifics on tablet-friendly app design, check out the detailed checklist at the Google Play Android Developers site.)

While smartphones and tablets are both classified as mobile devices, their capabilities differ. For instance, you can edit photos on a mobile phone, but a tablet's ergonomic advantages -- bigger screen, larger icons and other touch targets -- make the task a lot easier. Similarly, you can conduct a three-person conference call on a smartphone's tiny display, but the experience is much richer on a 10-inch tablet, where the callers' facial expressions are much easier to read.

For the Android slate market to grow, more tablet-optimized apps are needed for consumer and business users. It appears both developments are well underway.

Tech-Thoughts analyst Sameer Singh predicts that quarterly shipments of tablets will likely overtake those of PCs by the first quarter of 2014, and possibly sooner.

"This shift is likely to be driven by quicker adoption of high quality, cost-effective tablets in emerging markets and the resulting impact on PC replacement rates," writes Singh.

Then again, laptop sales may receive a boost this year as manufacturers rework the traditional clamshell PC to add more tablet-like features, a trend that's already blurring boundaries between slate and notebook. As NPD DisplaySearch points out, many new laptops include instant on, all-day battery life, and sleeker form factors -- just like a tablet.

Tablet-optimized Android apps have been slow to arrive, but that's changing. In fact, the Google Play store now has a dedicated "Staff Picks" section for tablet apps.

In selecting our favorite Android tablet apps, we focused on programs that shine on larger mobile devices, including the aforementioned photo editing and video chat examples. Other categories include personal finance, video streaming and other, more esoteric, examples.

Click through the slideshow below to find 10 great apps for Android tablets -- and name your favorites in the discussions section.