At the annual Salesforce.com Dreamforce conference, I have twice listened to Will.i.am, an event favorite of Salesforce CEO Marc Benioff, wax rhapsodic about the vendor's Chatter technology. This past fall, Microsoft trotted out actress Jessica Alba to help launch Windows Phone 8. Alba gushed that it was going to be just super for busy moms like herself (something I'll keep in mind the next time I am filming a movie).

Now Keys says she will be helping BlackBerry focus on its "feminine side." She appeared with CEO Thorsten Heins at the launch event, where she looked all business in a suit and buttoned-up shirt. 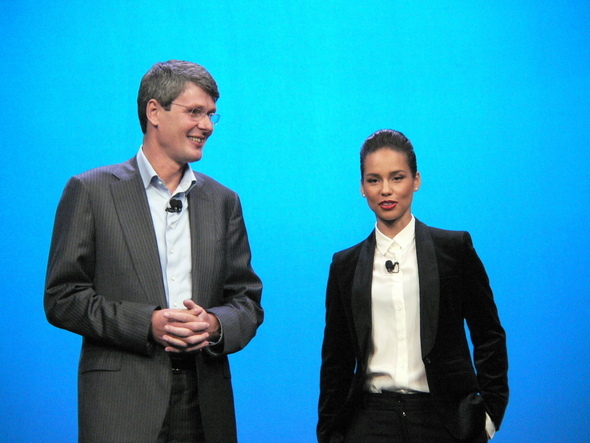 Let me say this about Alicia Keys: That lady can sing. She's a gifted performer. But what or where exactly is the feminine side of a smartphone? And why are Will.ia.am, Jessica Alba and Alicia Keys suddenly collaboration gurus, user interface experts and/or smartphone design aficionados?

It makes me wonder. Who else could offer expert advice to IT vendors? Will Keira Knightley be professing her love for Johnny Depp all things Android?

How about Charlize Theron, as a sizzling special adviser to SAP? Holy Hana, I bet she could put the "in" back in in-memory.

How about Beyonce? Surely Pepsi can't take all of her time. EMC should hire her as special choreography consultant, because heaven knows storage events could use the excitement of some single ladies, and wouldn't she and Joe Tucci make quite a pair? No disrespect, Jay-Z.

Why are we leaning toward celebrity "advisers" such as Jessica and Alicia anyway? Oh, right, pretty ladies sell stuff. Just ask Don Draper. Or just ask all of those models who pose with the gadgets in Asia. My bad.

My taste in Hollywood ladies runs more toward Tina Fey and Amy Poehler. I love a woman who survives by her own wit -- and without a hair extension in sight.

Truth be told, there's no denying the beauty of Alicia or Jessica. And some of my male colleagues at InformationWeek.com enjoyed the pictures of Ms. Alba mixed in with Mr. Ballmer at the Windows Phone 8 event. (One can stare at Ballmer's intense expressions only for so long before needing some visual relief.)

But what if we ladies of the tech industry started trotting out the celebrity men folk as advisers? 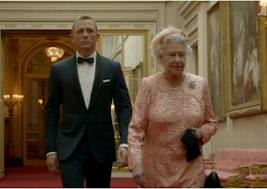 IBM CEO Ginni Rometty could introduce Bond's Daniel Craig as Big Blue's global cloud adviser. Hey, he did parachute into the London Olympics with none other than the queen of England. If that isn't cloud expertise, what is?

Meg Whitman could introduce George Clooney as HP's global mobile adviser. Didn't he film a movie where he was up in the air all the time? That experience screams mobile technology, a topic for which consumers and enterprises have been begging HP to articulate a clear strategy.

Now excuse me while I go ponder my smartphone's masculine side.