If renewed, changes to the circumvention measure could allow exceptions for more than just smart phones.
Serdar Yegulalp
Contributor
January 26, 2012

A key provision of the Digital Millennium Copyright Act (DMCA) that lets users circumvent protections on smartphones--jailbreak or root--is set to expire later this year. If renewed, circumvention could be broadened to cover other devices, too.

The U.S. government granted an exception to the DMCA for jailbreaking back in 2010, after the Electronic Frontier Foundation (EFF) and other groups petitioned for one. The EFF claimed jailbreaking was a form of fair use under U.S. copyright law; the Library of Congress agreed. A variant of the same ruling also allows a phone to be unlocked to run on networks other than the one for which it was originally sold.

Apple filed its own argument that jailbreaking didn't deserve an exception, noting that the protection measures "ensure the quality of the customer's experience with iPhone applications. They also protect Apple's copyright interests in its own content, as well as the copyright interests of third parties in their content, that plays on the iPhone." In Apple's view, jailbreaking results in copyright infringement because it allows "pirated copies of Apple copyrighted content and other third-party content such as games and applications to play on the iPhone."

The EFF rebutted these claims, pointing out that the range of legitimate uses for jailbreaking a device--fostering interoperability with independently-created software, for example--are at least as broad as the illegitimate ones. Apple since has implemented an API that allows an Apple device to determine if it's jailbroken, and be handled accordingly--sending an alert to corporate IT, for instance. Some Android devices also are able to detect being rooted as well, for the sake of protecting content in clients such as the NetFlix player app or for use by Mobile Device Management (MDM) systems. 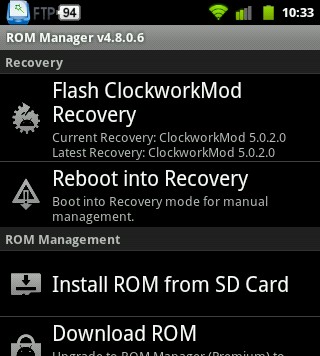 Now the circumvention provision is up for review, and its supporters--and opponents--are speaking up once again. What's different this time around is how, if renewed, the exemption could have its scope broadened considerably, to go beyond smart phones and include general computing devices.

Such an expansion would allow the DMCA exception to cover, for instance, PCs protected by a UEFI secure-boot system. Critics of UEFI secure boot have contended that such systems could prevent a user from installing the OS of their choice on a PC--in particular, replacing Windows 8 with some variant of Linux--but Microsoft and PC makers have denied this will happen. That said, without UEFI PCs on the market, and without the ability to see their behavior firsthand, the jury is still out.

Apple and the other device makers do have valid points. A UEFI-protected device, for instance, is that much more secure against bootloader malware--which is no small problem to deal with, as anyone who has tried to clean up such an infected system can attest. And for those in a BYOD environment, jailbreaking presents a potential threat to "two-in-one" devices, where a single physical device contains a work-use and a personal-use facet. Jailbreaking would make it that much easier for either facet of the device to be compromised.

On the other hand, jailbreaking might also allow devices not intended for BYOD use to be put to work in new ways. An organization that values security more than flexibility will see jailbreaking as a threat, but a company that wants to experiment with its own devices will see it as an opportunity.

The EFF is soliciting people to speak up in favor of the jailbreaking exemption, as is the Software Freedom Law Center. Any comments regarding the jailbreaking provisions are due in to the U.S. Copyright Office by 5 p.m. eastern time Feb. 10.

Regardless of what the law dictates, hackers continue to pry their way into Apple's products. The iPad 2 and iPhone 4S, both running iOS 5.0.1, were recently jailbroken.