Surprise! RIM's Not Dead Yet

RIM gets picked on a lot, but the company still has compelling strengths. It's not too late for it to be back on top again.
Larry Seltzer
Contributor
March 30, 2012

It's easy to write off RIM these days, to look on them as doomed, especially if you have no experience with enterprise IT. Thursday's atrocious financial results are indicative of the company's enormous problems.

But is it really that bad? 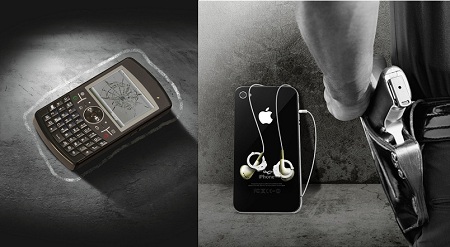 After attending the Enterprise Connect conference in Orlando, I had a change of heart about RIM's future. Nearly every organization represented at the show had at least one BlackBerry Enterprise Server (BES).

RIM representatives, who spoke on several panels, said it has more smartphones under management than any other company.

How did RIM get to be so dominant? It got the enterprise angle right. To this day, the iPhone isn't as secure, at least not by default, as the BlackBerry, nor does it allow the same kind of management control. The Blackberry's adoption happened long before the devices were seen as "uncool" and not "edgy". After all, BlackBerry is your father's smartphone.

Right now, RIM's plan is to follow through with BlackBerry 10, the next version of the software. We ran some leaked photos of it recently. It's a substantial rewrite of the OS, based on QNX, an old and very stable real-time OS, which is now owned by RIM.

It's not that crazy to think that RIM might make a good product. It has the security and messaging part down. If only it could nail down a good Web browser and encourage app developers to built for its platform, too. The old BlackBerry Web browser is just plain awful and most of the apps that people love for iOS and Android are unavailable on BlackBerry.

Once you get out of the United States bubble, you'll see that BlackBerry is number one and is often the only choice in many parts of the world. These countries don't have 4G. They probably don't even have 3G. And maybe not 2G. So what makes the people in these countries love their BlackBerries? They love BlackBerry Messenger, an instant messenger app. Just like in the U.S., phone companies around the world rip people off on SMS texting. BlackBerry Messenger is a cheap way for people to text and send richer media communications on basic cellular networks. The BlackBerry's hard keyboard makes it easy to type. In the future, even in developing countries, mobile networks will be able to do more and people there will expect more from them.

Clearly, RIM understands these challenges and has a plan to address them.

There's no reason to believe that people have any special brand loyalty to their smartphone vendor and that adds to the atmosphere of creative destruction in the market: two years ago Android was a minor player in the smartphone market; once-mighty Symbian has been Osborned; this time next year Windows Phone could be the next hot item. Just about anything's possible.

Don't count out RIM. It still has a few bullets left in its gun.