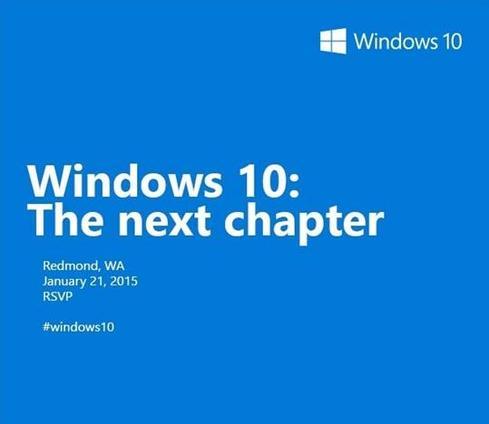 Microsoft's first major event of 2015 is slated for later today as the company plans to detail its upcoming Windows 10 operating system. In addition, the company is planning to show off some parts of its new Windows mobile OS, but users will have to wait until February to try it out.

ZDNet’s Mary Jo Foley reported on Tuesday that Microsoft will unveil the new Windows mobile OS today but will not release the first consumer preview of the system until February. The technical preview for Windows 10 for desktops will likely be released at the same time.

"The first public release of the Windows 10 mobile SKU -- which sources have said will work on both Windows Phones and smaller Intel- and ARM-based tablets -- won’t happen until sometime in February 2015," Foley wrote.

Although Microsoft officials declined to comment on the preview availability date, Foley seems confident in her source’s information.

Recent reports note that the highlight of today’s event will be the unified "core" platform on which Windows 10 will run. Also known as "OneCore," the platform will work across Microsoft devices including PCs, phones, tablets, large-screen machines, and Xbox.

Foley writes that according to her sources, OneCore extends beyond the common OS kernel of Windows 8/Windows Phone 8 and "also includes the dynamic link libraries (DLLs), [an] application platform layer, and other pieces of the operating system."

Other recent reports indicate that Microsoft will unveil a "phone-laptop hybrid" product for enterprise customers and the touch-first version for Office for Windows. It is expected to release a preview for the touch-first software, which will have core code for Windows 10 and Windows 10 mobile devices, in February with a full release later this year.