10 Apple Watch Apps: Which Ones Will You Use? - InformationWeek

Apple is trying to find a compelling reason for you to buy the Apple Watch. Would these apps do the trick? 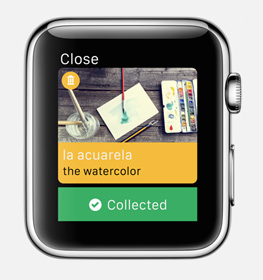 Ever since Apple's Spring Forward press event on March 9, the tech community has been abuzz with talk of the new MacBook and Apple Watch -- but not all attention is good attention.

Prior to its debut, the Apple Watch was touted as a revolutionary product for wearable technology. In a market where vendors have largely failed to generate excitement, many expected Apple to attract consumers with one smartwatch to rule them all, taking the helm as a trendsetter in the wearables space.

Granted, expectations were high, but the overall reaction to the Apple Watch was underwhelming. Yes, it's cool and unlike any other smartwatch on the market. Yes, Apple will probably sell a decent amount of them, given the size of its fan base. Based on the company's demonstrations, however, the wearable does little that an iPhone can't do. And without the iPhone, it's a very pricey accessory.

Anyone trying to preorder the Apple Watch starting April 10 can choose from two sizes, three models, two types of finish per model, and a broad variety of watchbands. Pricing starts at $349 for the low-end Sport model and skyrockets to more than $10,000 for the gold-plated Edition.

The challenge for Apple lies in convincing its customer base that its members have good reason to invest hundreds of dollars in what is, essentially, an extension of the iPhone. It's not an easy feat, and it could be said that Apple Watch's success will rely heavily on the kind of apps it can support.

The watch does come with a range of built-in apps including a calendar, an alarm, maps, music, Siri, stocks, weather, and a timer. Oh, and it also comes with a clock.

Apple released the WatchKit SDK in November 2014 to developers eager to create offerings for the Apple Watch. Some apps have already some to fruition. Hopefully they'll set the stage for even more watch-centric apps to enhance the Apple Watch and spark greater enthusiasm for Apple's wearable.

Click through and see some of the newest offerings coming to Apple Watch when it hits the market in April 2015. Would you use any of these apps? Which ones? If you have any ideas for more watch apps, share them in the comments.

@Susan, it's funny, but I feel similarly about tablets. Maybe they lend themselves to productivity in some respects, but I never saw them as must-have devices. A laptop and phone are all I need.

Same thing for the watch - the parking app, Babbel, etc. are all undoubtedly useful apps, but are they useful enough to make people spend $350+ on a watch? I'm thinking no, but I'll wait for bigger Apple fans to prove me wrong.
Reply  |  Post Message  |  Messages List  |  Start a Board

@freespiritny25: I agree, the PayByPhone parking is one of only two on this list that made me say "I need that!" The other one is Babbel, which seems like it would really come in handy while traveling abroad or even when trying to help people visiting my city.

That said, there really isn't any app that will compell me to buy an Apple Watch. I just don't get the appeal, though I am sure many many people will rush out to buy one.

iPad also never really appealed to me, I had one for a while and ended up handing it over to my husband who uses it daily. I just found that for what I needed to get done, either my iPhone or my MacBook were sufficient, the iPad (and the watch) hit in some middle gorund for me where I just don't see a need for it in my life.
Reply  |  Post Message  |  Messages List  |  Start a Board

@shamika Mint has been a life-saver for me, I use it to manage my personal finances. I use their website, but I can see how their watch app might help you keep closer tabs on your spending.
Reply  |  Post Message  |  Messages List  |  Start a Board

Even though I don't currently have a car, I can see how the parking app would be extremely convenient to have - I've had meters run out on me before! I also really like the Babbel app. Seems like an effective way to learn the basics of a second language.
Reply  |  Post Message  |  Messages List  |  Start a Board
InformationWeek Is Getting an Upgrade!

More Informa Tech Live Events
Getting SASE: What Every Enterprise Should KnowEnd to End Automation: A Game Changer for Improving Workforce EfficiencyTips for Cleaning Up Cyber Hygiene and Security Basics