An update to Google voice search improves its ability to understand complex inquiries.

Google voice search is about to get a whole lot better. Improvements to how voice search understands language will give it the ability to answer questions that contain multiple phrases variables.

Salgar points out several milestones reached in 2008 and 2012, such as the introduction of the Knowledge Graph, which helped push the app forward in incremental ways. Voice was first able to recognize simple entities and later the properties associated with those entities.

Now, Google is able to parse the relationships between all the entities in a voice query and deliver the desired answer. 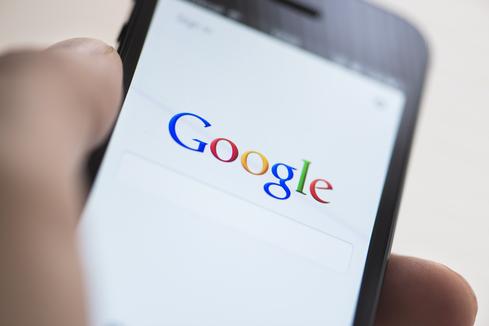 "The Google app is starting to truly understand the meaning of what you're asking," wrote Salgar in a November 16 blog post. "We can now break down a query to understand the semantics of each piece so we can get at the intent behind the entire question. That lets us traverse the Knowledge Graph much more reliably to find the right facts and compose a useful answer. And we can build on this base to answer harder questions."

For example, support for superlatives means search can answer questions about the biggest, smallest, or fastest of something. For example, "What's the biggest ocean on Earth?"

Support for points in time allows for questions such as, "What year did The Beatles release Abbey Road?"

The complex relationships between entities? Well, that's where all the real fun is. Google says its voice search app should be able to answer questions such as, "What was the population of New York City while Fiorello La Guardia was mayor?" and, "Which movie is Robert De Niro's biggest box office hit?"

Google contends that it still has plenty of work to do. The Knowledge Graph still struggles with defining between some relationships -- especially when words have multiple meanings. What's not clear is just how much artificial intelligence Google is using to explore the Knowledge Graph.

[Read about Google and machine learning.]

Google isn't the only company working on this type of technology. IBM's Watson continues to evolve, and Apple and Microsoft are still hard at work improving Siri and Cortana, respectively. Apple's iOS 9 brought with it a much more powerful version of Siri that is able to handle far more complex questions than it did when it first appeared several years ago.

The new natural language voice recognition powers should reach the Google mobile search app this week for both the Android and iOS platforms. The app is free to download.

I find that as soon as I try a vocal command that's misunderstood or doesn't work, I'm back using typed text. I think we have a few more years yet before computers are so good at understanding that we can talk to them without fear of misunderstanding.
Reply  |  Post Message  |  Messages List  |  Start a Board
InformationWeek Is Getting an Upgrade!