PayPal will end support for its popular online payment app at the end of June, dealing another blow to BlackBerry and Windows Phone. The update also eliminates support for Amazon.

PayPal has just driven another nail into the coffin of BlackBerry, Windows Phone, and Amazon mobile operating systems by announcing it is dropping support for all three platforms with the latest update to its mobile application.

In a May 25 blog post announcing the upgrade to Version 6.0 of the PayPal app, Joanna Lambert, the company's vice president of global consumer product and engineering, noted that Amazon Fire or Blackberry users will be no longer be able to use the app on June 30, the date it will be discontinued.

However, she noted customers using those devices would still be able to log into PayPal on these phones through the company's mobile Web interface.

In addition, Blackberry users will continue be able to use the BBM app to send peer-to-peer payments through PayPal. 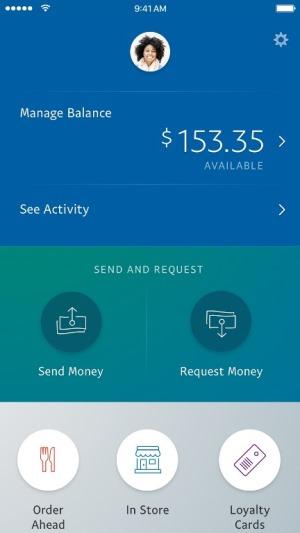 "It was a difficult decision to no longer support the PayPal app on these mobile platforms, but we believe it's the right thing to ensure we are investing our resources in creating the very best experiences for our customers," Lambert wrote. "We remain committed to partnering with mobile device providers, and we apologize for any inconvenience this may cause our customers."

Starting on June 3, and going through June 30, customers using older versions of the PayPal mobile app on Google Android and Apple iOS devices will be required to upgrade to the newest version of the app.

Other features include a fine-tuning Android fingerprint authentication for more devices, separation of account activity by pending and completed transactions, and quicker access to the friends who users send money most often.

"As the digital payments landscape evolves, we will continue to innovate and make enhancements to PayPal's mobile experiences to give our customers the best possible ways to manage and move their money," Lambert wrote.

Those sentiments will provide little comfort to the app's users on BlackBerry, Windows Phone, and Amazon devices.

BlackBerry in particular has suffered a series of setbacks, with major app providers ending support for the platform.

In March, Facebook made the decision, along with the messaging app the company owns, WhatsApp, to discontinue support of its essential APIs for BlackBerry 10 and BBOS at the end of 2016, which means Facebook Messenger will no longer be supported on BlackBerry.

BlackBerry's handset sales figures show the operating system is already on life support, something that looks unlikely to change soon.

Company CEO John S. Chen has said numerous times that if BlackBerry can't make a profit selling hardware, it will stop selling hardware altogether -- something that seems more and more like a self-fulfilling prophecy.

Nathan Eddy is a freelance writer for InformationWeek. He has written for Popular Mechanics, Sales & Marketing Management Magazine, FierceMarkets, and CRN, among others. In 2012 he made his first documentary film, The Absent Column. He currently lives in Berlin. View Full Bio
We welcome your comments on this topic on our social media channels, or [contact us directly] with questions about the site.
Comment  |
Email This  |
Print  |
RSS
More Insights
Webcasts
Fact or Fiction? The Truth About Cloud Native Security
Leveraging Infrastructure as Code to Streamline Security & Operations
More Webcasts
White Papers
Case Study: What Elite Threat Hunters See That Others Miss
Privileged Access Management Checklist
More White Papers
Reports
Defending Against Critical Threats
Gartner's Top 9 Security Trends in 2020
More Reports