Samsung is looking to partner with a mobile payments startup so it can compete with Apple Pay at cash registers around the world. The talks have not yet resulted in an agreement, but Samsung has already created a prototype and hopes to bring the system to its flagship smartphones by next year.

Talks between Samsung and the Massachusetts-based company, called LoopPay, are ongoing, reports Recode. Neither company commented on Recode's story, and sources suggest the negotiations could fall apart before they reach a deal. But whether Samsung moves forward with LoopPay or some other company, it can't afford to sit idly by as Apple takes the lead in mobile payments.

Apple launched Apple Pay with the iPhone 6 and iPhone 6 Plus on Oct. 20. Though mobile payments have been around in some form for the better part of a decade, Apple Pay has seen the highest levels of adoption for several reasons. First, it's incredibly easy to use. Apple Pay doesn't require users to open an app or navigate to a settings screen -- they simply tap their phone on the compatible terminal and the app launches itself. A quick scan of the iPhone owner's thumbprint is all that's needed to complete the purchase. Further, Apple claims its system is secure, as retailers don't receive the buyer's credit card number. Instead, each transaction is given its own code. Moreover, Apple Pay has a reasonable amount of support from financial institutions and retailers around the US.

"A lot of [Apple Pay's initial success] has to do with the strength of the Apple brand and how much merchants and customers love how easy the experience is," said Denée Carrington, a Forrester analyst.

Samsung's proposed system would work similarly to Apple Pay. For example, most of Samsung's devices have NFC radios, and some of the company's high-end handsets, such as the Galaxy S5 and Galaxy Note 4, have fingerprint scanners. These are some of the components Apple uses in its system. LoopPay has an existing mobile payment system, but according to Recode it is rather clunky. LoopPay can transmit a purchaser's credit card data to a checkout terminal without swiping the card. Rather than use a smartphone, however, LoopPay uses a fob payment device and a digital payment card. Because LoopPay's service mimics the act of swiping a credit card, it is compatible with more retail-based payment terminals than Apple Pay, which requires NFC-based equipment. Both Samsung and LoopPay could benefit by combining their systems into a phone-based tool. 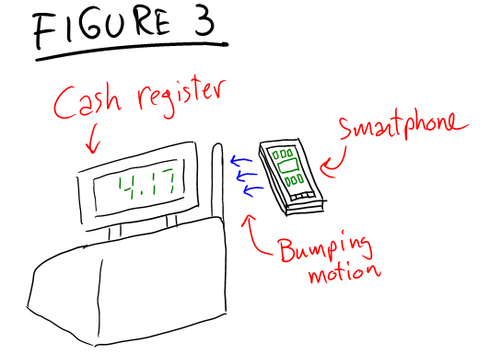 Samsung device owners can make mobile payments today using existing competitors to Apple Pay. For example, AT&T, T-Mobile, and Verizon Wireless subscribers who own Samsung's Galaxy-class devices can use Softcard (formerly called Isis) to make NFC-based payments at tens of thousands of retailers around the US.

"Apple Pay has been a huge tailwind," said Softcard CEO Michael Abbott earlier this this year. "It’s a rising tide that has lifted all boats." Softcard said more people have downloaded and used the app since Apple Pay launched in October. Further, Google Wallet is available to most Android phones, and it can be used to make payments as well.

There's no doubt that Apple Pay has increased the visibility of mobile payments with the smartphone-owning public. As the world's largest supplier of smartphones, Samsung needs to compete with Apple on this front. The sooner it can get a competitive service up and running, the better.

Eric is a freelance writer for InformationWeek specializing in mobile technologies. View Full Bio
We welcome your comments on this topic on our social media channels, or [contact us directly] with questions about the site.
Comment  |
Email This  |
Print  |
RSS
More Insights
Webcasts
Making XDR Work in Your Enterprise - May 12
How the Rapid Shift to Remote Work Impacted IT Complexity and Post-Pandemic Security Priorities
More Webcasts
White Papers
Protection Strategies for a Cyber-Resilient Organization
Global software company contracts with CBTS for Virtual CISO
More White Papers
Reports
The Infoblox Q4 2020 Cyberthreat Intelligence Report
Intelligent Outcomes Are Key to Business Resilience
More Reports